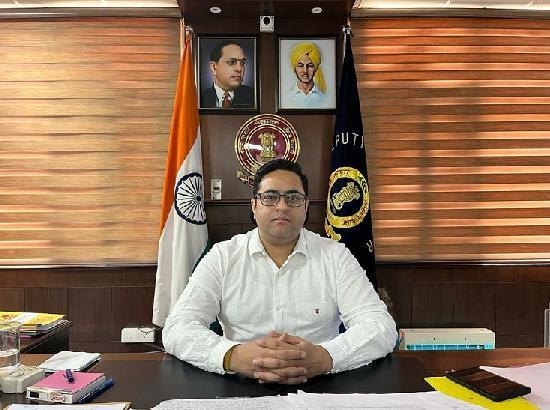 Deputy Commissioner Kapurthala Vishesh Sarangal has issued a schedule to visit all sub-divisions on weekly basis to listen the grievances of people and solving them on the spot as well to inspect the development works.

According to the schedule , from November 25 to February 10, 2023, Deputy Commissioner will inspect the offices under different sub-divisions of the district.

He also said that the general public should be informed about the dates of the visit as per the schedule so that the problems faced by the people can be solved on the spot.

According to the schedule, Deputy Commissioner will inspect the office of Tehsalidar and EO office Bhulath on November 25.

In 2023, on 6th January 2023, besides inspection of sub-tehsil Dhilwan and EO Dhilwan office , the inspection would also take place at Nagar Panchayat Begowal on 12th January and XEN Public Works Department-2 office.