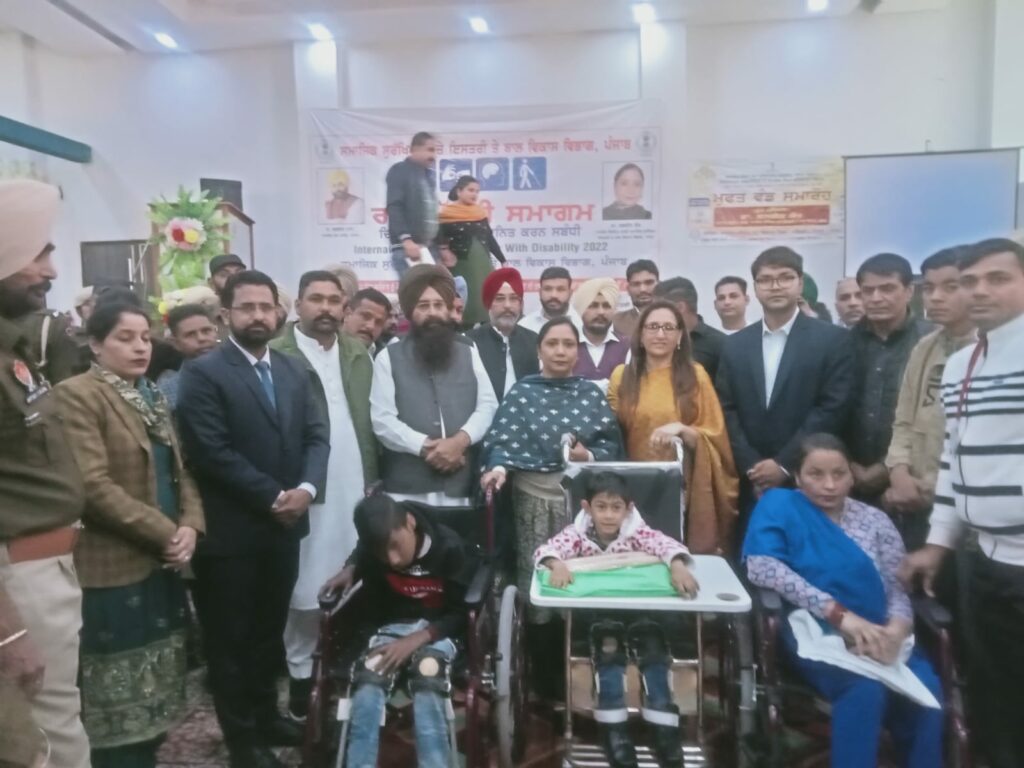 State-level International Day of Persons with Disability was organised today at Malout where 12 disable persons were given State awards and loan amount worth Rs 57 lac was given to 17 persons by Minister for Social Justice Empowerment and Minorities, Social Security, Women and Child Development Dr Baljeet Kaur. 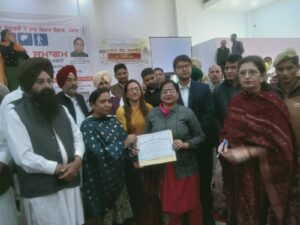 Speaking during the occasion the minister also announced that Conveyance allowance for disable government employees is also re-stored today.

She stated that this scheme was discontinued during the implementation of Sixth Pay Commission last year.

After watching the kids with different disabilities dancing to the tunes of Punjabi songs the minister said, “Punjab Government has focussed its attention to acknowledge the issues faced by disabled (PwD) in state”. She added that her government is committed to offer a platform to disable to not only boost their level of confidence but also make them aware of more employment opportunities.

Appreciating the efforts made disabled in the field of uplifting other disabled people she said “their ability is stronger than their disability”.

Director Madhavi Kataria also spoke during the occasion and talked about the rights of disabled and threw light upon the welfare schemes offered by state government.