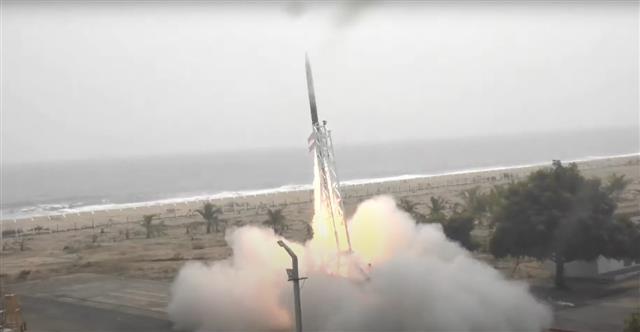 India on Friday successfully placed three satellites into an orbit on a rocket completely developed by a four-year-old startup, marking the entry of the private sector into space activities, currently dominated by the state-run behemoth ISRO.

Skyroot Aerospace-designed Vikram-S, named in a befitting tribute to the father of the country’s space programme Vikram Sarabhai, tasted success in its maiden mission. Skyroot Aerospace became the first privately held company in India after the space sector was opened for the private players by the Centre in 2020.

The rocket achieved an altitude of 89.5km and a range of 121.2km, “exactly what was planned by Skyroot Aerospace”, he said.

The rocket “worked as planned” and Skyroot Aerospace had demonstrated various capability of sub-systems that would go into the orbital launch vehicle, he added.

The rocket integrated into the launcher soared after lifting off at the prefixed 11.30am from the sounding rocket complex at the Indian Space Research Organisation’s Satish Dhawan Space Centre, here, about 115km from Chennai.

The Mission unveiled by ISRO Chairman S Somanath has three payloads with two belonging to domestic customers and one from a foreign client.

The 6-metre-tall launch vehicle is one of the world’s first few all-composite rockets that has 3-D printed solid thrusters for spin stability of the launch vehicle.

“This is a new beginning for the Indian private sector entering aerospace and a historic moment for all of us,” Goenka said.

Vikram-S launched the payloads in about 500km low inclination orbit.

In a departure from the routine, Friday’s mission was launched from the complex where sounding rockets were used by ISRO.