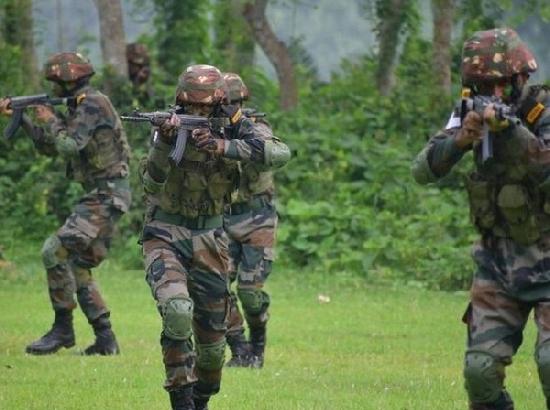 The Indian Army has signed agreements with 11 banks including the private sector banks like HDFC Bank, ICICI Bank, Axis Bank and Kotak Mahindra Bank for providing banking facilities to Agniveers on enrolment, the Ministry of Defence said on Saturday.

The MoUs were signed by Lt Gen V Sreehari, DG (MP & PS) and senior officials of Banks in a ceremony presided over by Lt Gen C Bansi Ponappa, the Adjutant General of the Indian Army on 14 October 2022, the ministry said.

The features and benefits offered under Agniveer Salary Package are similar to the Defence Salary Package. In addition, the banks have offered soft loans to exiting Agniveers to promote and enhance their entrepreneurial skills.

The first batch of Agniveers under “Agnipath Scheme” will be joining Training Centres by January 2023, the Ministry of Defence said in a statement.This is a major defence policy reform introduced by the Government to usher in a new era in the human resource policy of the Army, Air Force and Navy.

The policy, which comes into immediate effect, will hereafter govern the recruitment of personnel below officer rank (PBOR) in the three services, according to the Ministry of Defence.

The Agniveers will form a distinct rank in the three services, and will also wear a distinct insignia as part of their uniform.

AGNIPATH scheme allows patriotic and motivated youth to serve in the Armed Forces for a period of four years. Soldiers who are recruited under this scheme will be known as Agniveers.

The AGNIPATH Scheme has been designed to enable a youthful profile of the Armed Forces and provide a fresh lease of ‘Josh’ and ‘Jazba’ whilst at the same time bring about a transformational shift towards a more tech-savvy Armed Forces – which is indeed the need of the hour, the defence ministry highlighted.

It is envisaged that the average age profile of the Indian Armed forces would come down by about 4-5 years with the implementation of this scheme.

The ‘Seva Nidhi’ will be exempt from Income Tax. There shall be no entitlement to gratuity and pensionary benefits. Agniveers will be provided non-contributory Life Insurance Cover of Rs 48 lakh for the duration of their engagement period in the Indian Armed Forces.

During this period of service to the nation, the Agniveers will be imparted with various military skills and experience, discipline, physical fitness, leadership qualities, courage and patriotism.

The skills gained by each Agniveer will be recognised in a certificate to form part of his unique resume.