India doesn’t believe in world order where a few are considered superior to others: Rajnath Singh 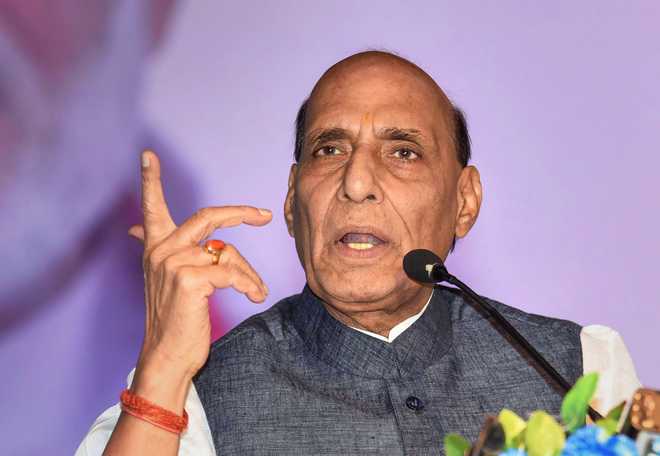 Defence Minister Rajnath Singh on Friday said India doesn’t believe in a world order where a few are considered superior to others and asserted the country’s actions are guided by the essence of human equality and dignity that is part of its ancient ethos.

In his address at the Indo-Pacific Regional Dialogue (IPRD) 2022 held here, he said India has always seen security and prosperity as a “collective pursuit” of the entire humankind.

“It is my firm belief that if security becomes a truly collective enterprise then we can think of creating a global order that is beneficial for all of us,” Singh said.

The defence minister said that now “we require to elevate the paradigm of collective security” to a level of shared interests and shared security.

“India believes in a multi-aligned policy which is realised through diverse engagements through multiple stakeholders so that views and concerns of all can be discussed and addressed for prosperity for all,” Singh said.

To talk of the security paradigm, national security should not be considered a zero-sum game, and “we should strive to create a win-win situation for all,” he added.

The defence minister asserted that “a strong, prosperous India wouldn’t be built at the cost of others. Rather, India is here to help other nations realise their full potential”.

“India doesn’t believe in a world order where a few are considered superior to others. India’s actions are guided by the essence of human equality and dignity, part of our ancient ethos and its strong moral foundation,” Singh said at the IPRD 2022.

The fourth edition of the IPRD, an apex-level international annual conference of the Indian Navy, began here on Wednesday. The IPRD seeks to foster an exchange of ideas and promote deliberations on regionally relevant maritime issues.