Illegal colonies to become thing of past in Punjab, assures Aman Arora 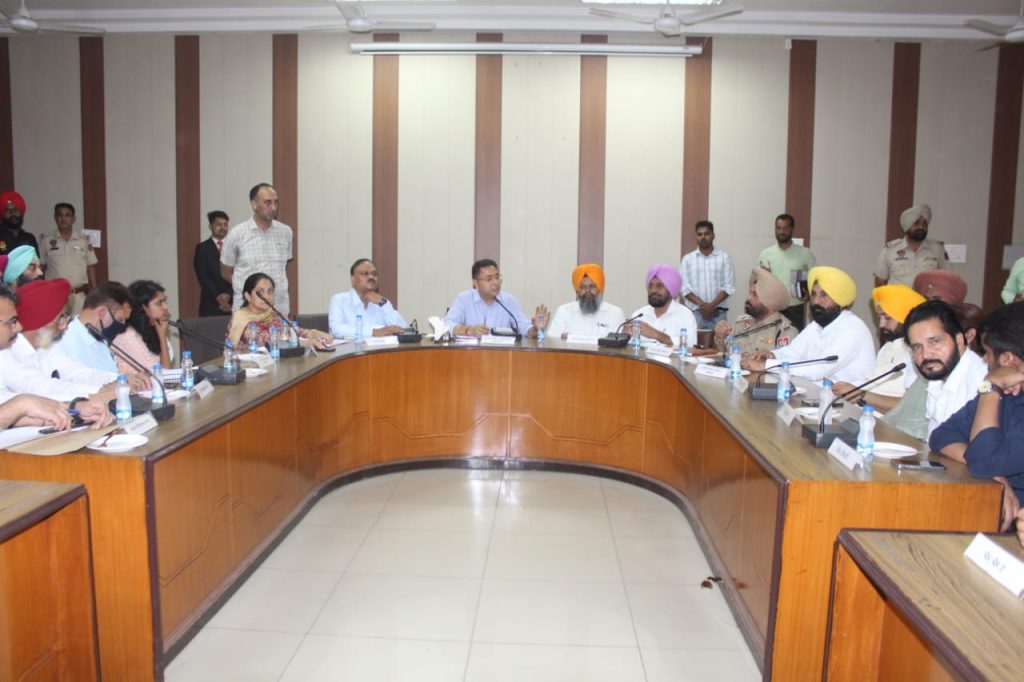 Housing and Urban Development Minister Aman Arora on Wednesday said that illegal colonies would soon become a thing of past in Punjab and assured that the colonisers developing approved colonies would be facilitated as well as promoted by the Punjab government.

He also directed Greater Ludhiana Area Development Authority (GLADA) to unleash development works under its jurisdiction on war footing. He also directed them to ensure that residents of all approved colonies get the best of facilities as the Bhagwant Mann-led Punjab government is committed for wholesome development of the State.

Aman Arora said this while reviewing development works of GLADA at GLADA Office, here and later while interacting with colonisers and Resident Welfare Associations at Bachat Bhawan, here.

While charing a meeting with officials at GLADA building to review the development works, regularization of illegal colonies and financial position of urban body, the Cabinet Minister said that the Bhagwant Mann led Punjab Government was making sincere efforts to ensure balanced growth of urban areas by ensuring effective mechanism.

Further, the Minister emphasised that officers must not keep the funds stocked in the bank accounts for the sake of earning interest and asked them to use the money for development works in a planned manner for the benefit the residents of approved colonies. He also assessed the progress of various projects being implemented by GLADA including Government Senior Secondary School, Community Club, 100- Ft road, special park, construction of minor bridge, Recarpeting of Chandigarh road and other road and sewerage works.

Arora further stated that GLADA had 181 licensed colonies in its jurisdiction and asked the officers to ensure unprecedented development of these areas by bringing more development projects.

During his meeting with the colonisers and representatives of Resident Welfare Associations (RWAs) at Bachat Bhawan, here, the Cabinet Minister said that the Punjab government would soon bring out a single window system for real estate sector.

He said that the system would deliver all mandatory permissions under one-roof thus ensuring speedy urban development. He said that Punjab Government was committed to ensure planned urban development besides launching new residential and industrial projects in the state.

The Cabinet Minister pointed out that thousands of unapproved colonies have mushroomed under the patronage of previous governments in the state. He said that a mess had been created by previous governments and unauthorised urban development caused huge loss to state exchequer. Lashing out at leaders of previous regime, Arora said that Government was working to sort out all issues and a new policy will be unveiled in September in this regard to ensure smooth and hassle free urban development.

The Cabinet Minister asserted that whatever had happened, government will take action against malpractices and reiterated that not a single illegal colony will come up from now in the Punjab.

Arora also assured representatives of various residential welfare Associations to give topmost priority to solve the issues being faced by general people including carpeting of new roads, removal of encroachments, safer environment, smooth flow of traffic, enhancing green cover, besides several other issues.

Earlier upon his arrival in Ludhiana for the first time , Minister was also accorded guard of honour by commissionerate Police.