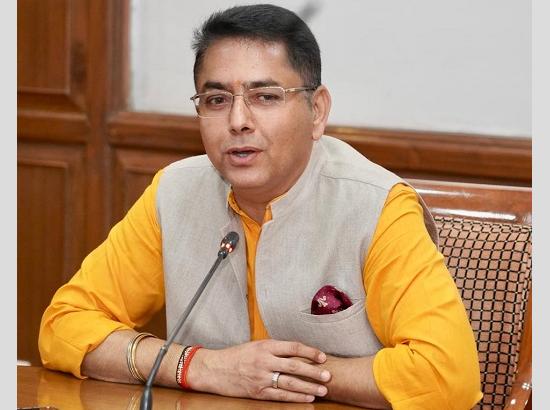 The Punjab Government has simplified procedures to enable speedy clearances of Change Of Land Use (CLU) certificates, completion certificates, layout, and building plans. This has been done by decentralizing regulatory approvals that empower Urban Development Authorities, to grant approvals.

Terming Ease of Doing Business as the topmost priority of the Punjab Government led by Chief Minister Bhagwant Mann, Punjab Housing and Urban Development Minister Aman Arora said that this decision will go a long way for quick disposal of cases within stipulated time frame as the H&UD department has delegated powers at the local level for granting regulatory approvals.

The move will empower urban development authorities in Mohali, Ludhiana, Jalandhar, Amritsar, Patiala and Bathinda as regulatory approvals will be granted at their own level, Aman Arora said, adding that these authorities are headed by Chief Administrators (CAs).

Now, Chief Administrators can grant licenses to all categories of colonies, said Principal Secretary H&UD Ajoy Kumar Sinha while adding that a committee under CA of the concerned Authority will grant approval for Layout Plans for Residential/Industrial/Commercial Colony, Mega Projects and Industrial Parks (including extensions of existing projects).

A committee under the Additional Chief Administrator (ACA) of the concerned Authority would have power to grant Building Plan approvals for all allotted/auctioned chunk sites up to one acre including industry and all other plots up to one acre in urban estates/approved projects of H&UD, he added.

Chief Town Planner PUDA would be empowered to grant approval for compounding of Education/Medical/ Religious/Social charitable institutes, Farm House above 15 acres and Commercial including hotel and eating joints.

Sinha said that Senior Town Planner of the concerned Circle would have the power to grant approvals for Zoning Plans of Residential/ Industrial/ Commercial Colony, Mega Projects and Industrial Parks (including extensions of existing projects), besides approving Building Plans of all standalone Industrial MSME District Level Projects, Building Plans of all standalone projects other than Industry, up to 15 acres, Compounding of Education/Medical/Religious/Social charitable institutes, Farm House up to 15 acres and Compounding of all Industrial Buildings up to 10 acres.

He further informed that Senior Town Planner, PBIP would have the power to grant approvals for all standalone Industrial State Level Projects and Compounding of all Industrial Buildings above 10 acres.