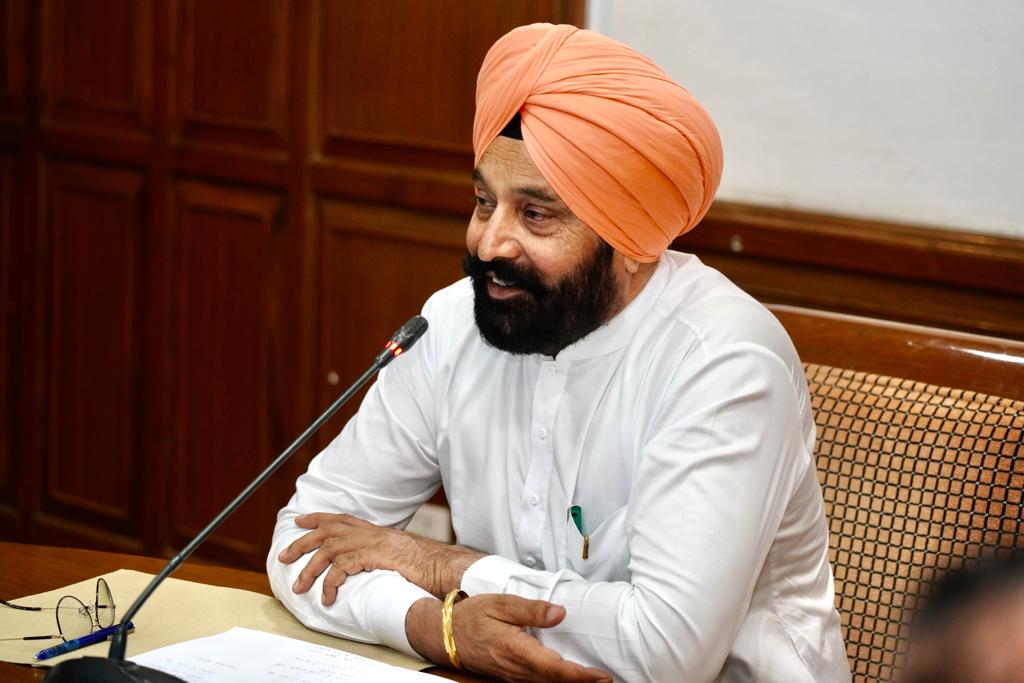 Under the able leadership of Chief Minister Bhagwant Mann, Punjab government will establish horticulture estates in 4 districts namely Ferozepur, Gurdaspur, Faridkot and Ludhiana, equipped with latest technological information and machinery etc to provide all the facilities to the horticulturists thereby helping them in producing high-quality fruits and cutting cost of fruit production.

This information was shared today by Fauja Singh Sarari, Minister of Horticulture, Food Processing, Ex-Serviceman welfare and welfare of Freedom Fighters, Punjab, during a meeting with Horticulture Department officials here at Punjab Bhawan.

Addressing the heads of different districts in the meeting, he instructed them to bring maximum area under horticulture crops by motivating the farmers to come out of the current wheat-paddy crop cycle. He also asked the horticulture officials to create awareness to save the groundwater which is going down day by day in Punjab. He said that best performing officers in this regard will be honored at the state level.

He said that 40.00 lakh and 64.00 lakh liters per acre of water is consumed for the production of wheat and paddy crops grown in Punjab respectively, while only 17.00 lakh liters per acre of water is required for the production of horticultural crops. In this way, 86 lakh liters of water per acre can be saved. The horticulture officials were instructed to prepare and send recommendation to give financial assistance to the landholders who bring the area under horticulture crops for saving water.

He also said that compared to water recharge in 57 blocks of Punjab, up to 200 percent of water is being taken out and used for crop production, which is a matter of concern and proper efforts are needed to save water in Punjab. He emphasised that by turning to horticulture Punjab’s fertile land can be saved from becoming barren due to the present cropping pattern. He further informed that department is contemplating to establish one nursery in each district so as to provide quality fruit plants and seeds to the horticulturalists.

Minister asked the officers to promote the nurseries for Palm trees and other ornamental plants in Punjab as these plants sell at huge premiums and can be a profitable venture for the farmers.

The Horticulture Minister also informed that during the next 5 years, by bringing 1.5 lakh hectares under horticulture crops, 39772 crore rupees will be added to Punjab’s GDP.

Under the scheme Agriculture Infrastructure Fund being run in the department, 365 crore rupees have been approved under this scheme due to new projects worth 1600 crores in Punjab.

Horticulture Minister Sarari also informed that Punjab is the largest producer of potato seed in the country and keeping in view the future demand, an aeroponic unit and tissue culture lab will be established in Jalandhar with Rs.10 crores passed in the budget this year. He instructed the concerned officials to make this on an urgent basis.

In order to streamline the functioning of the department Sarari also ordered for timely promotions of the employees. Grievances relating to employees must be disposed off in a time-bound manner.