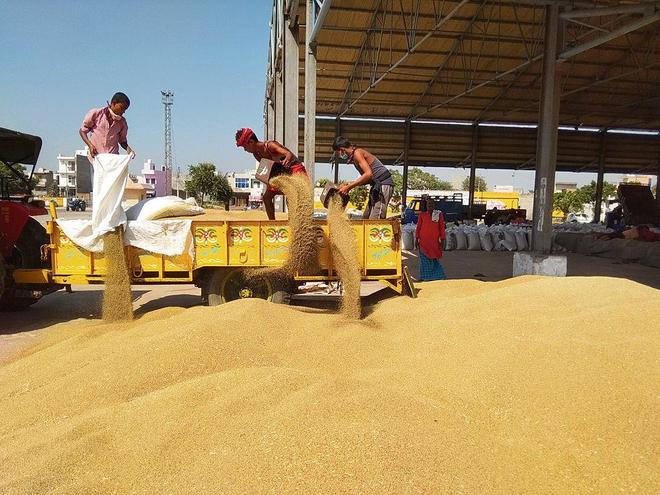 Haryana will start the procurement of paddy from October 1 and will continue till November 15. All necessary arrangements for the same have been completed.

This time the government has set a target to procure around 55 lakh metric tonnes of paddy.

The state government has decided that Rs 100 per quintal will be charged instead of four percent market fee on paddy which is not purchased at MSP, i.e Basmati and duplicate Basmati. Out of which Rs 50 will go to Mandi Board and Rs 50 will be deposited in Haryana Rural Development Fund as cess.

Food, Civil Supplies and Consumer Affairs Department will procure 50 per cent of paddy. Apart from this, 30 per cent will be procured by HAFED, 15 percent by Haryana State Warehousing Corporation and five percent by Food Corporation of India.

The procurement of Kharif crops will be done at the Minimum Support Price (MSP) as announced by the Centre.

Help desks will be set up at every mandi to ensure that farmers do not face any problems. Officers of the Marketing Board, Agriculture and concerned departments will be deployed at this help desk to redress the grievances of farmers.