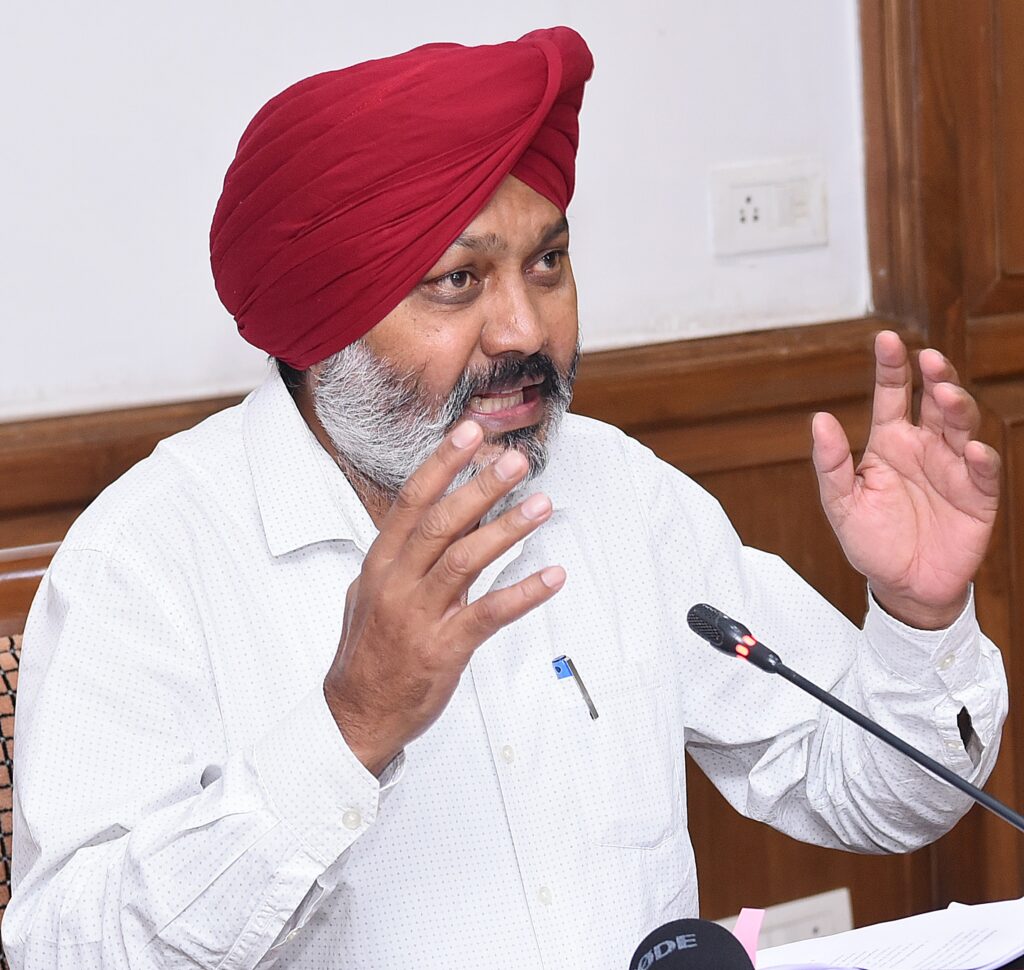 Addressing a press conference here at Punjab Bhawan, the Finance Minister revealed that the Excise revenue collection during the current fiscal year registered an increase of 37.62 percent over last year’s figures for the same period. He said that during the year 2021 and 2022, the excise revenue collection from April 1 to October 12 was Rs 3110 crore and Rs 4280 crore respectively.  He said that the people of Punjab deserve congratulations for the fact that their government has recorded an increase of 1170 crore rupees in excise revenue during this period.

Slamming the previous state governments for not making adequate changes in the excise policy due to their collusion with the liquor mafia, the Finance Minister said that these governments facilitated the liquor mafia in the loot of more than 22,500 crore from the state exchequer if we assume only 7 per cent increase in excise collection every year for the last 15 years against the present growth of more than 37 percent. He said that the intentions of the government led by Chief Minister Bhagwant Mann were clear from the fact that it has set a target of Rs 9000 crore excise collection while the last government’s target was only Rs 6200 crore. Referring the unfortunate incident of Tarantarn, Cheema said that political-mafia nexus in liquor trade had not only caused loss to the state exchequer but also led to loss of a number of human lives.

The finance minister said that the lobby of the liquor mafia was trying to harass our officers through the Union government to break this policy. He said that the honest government of Punjab under the leadership of Chief Minister Bhagwant Mann and following the revolutionary ideology of Delhi CM Arvind Kejriwal stand firmly with its officers to fail the pressure mounting tactics being used by the Center through its various agencies. He said that opposition parties in state were also questioning the Punjab government’s excise policy under the pressure of the liquor mafia. He challenged them to answer why there was no adequate increase in excise collection during their governments.

Dedicating the healthy Growth of 37 percent to the new Excise policy in his press statement, Cheema said that the Excise Policy 2022-23 has ushered a paradigm shift in the liquor trade in Punjab. “The main twin objectives of the Excise Policy are maximization of revenue and providing affordable quality liquor to citizens. The policy also strives to keep a stringent check over smuggling of liquor from the neighboring states through extensive enforcement and by incorporating new technological measures”, said the Finance Minister.

Disclosing further, the Finance Minister said that the actual potential of liquor trade had been assessed by allotting the retail groups through a free, fair and transparent manner of e-tendering. He said that these vends had been made in groups of a general size of around 30 crores, and total of 6378 vends in 175 groups had been e-auctioned in the state.

Highlighting the initiatives taken to ensure the availability of liquor at most competitive price in the state, Harpal Singh Cheema said that the duty regime has been further liberalized and Minimum Retail Sale Prices of Punjab Medium Liquor (PML), IMFL, IFL (BIO Brands), and Beer have been factored in the New Excise Policy. The Finance Minister said that the lower prices of liquor as compared to neighbouring states and increased enforcement has led to a huge decrease in the smuggling of liquor in Punjab. He said that due to the lowering of PML and IMFL prices consumers were now avoiding smuggled liquor or illicit liquor made from Lahan.

Cheema said that provisions for new Distillery license and Brewery license have been made in the policy to encourage capital investment besides increasing the employment capability in the state. He said that a new license for the production of malt spirit has been also introduced in the State. He said that POS machines shall be installed at every retail vend in the coming months to ensure that the customers should be provided an invoice for the purchase of liquor.

Harpal Singh Cheema said that the Chief Minister Bhagwant Mann led Punjab government has made a series of efforts to increase the own revenue of the state to fulfill all the commitments and promises made to the people besides ushering in an era of development and prosperity. He said that the excise government has also tightening the noose against past defaulters.