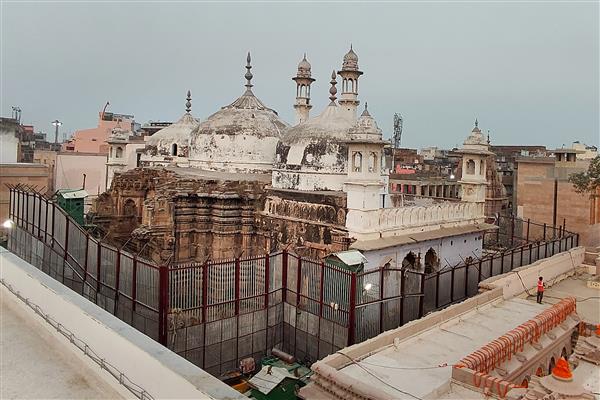 A fast-track court hearing a plea seeking permission to allow worship of the “Shivling” claimed to have been found in the Gyanvapi mosque complex here is likely to pronounce its verdict on Tuesday.

Advocate Anupam Dwivedi, appearing for the Hindu side, had said that the fast-track court of Civil Judge (Senior Division) Mahendra Pandey had heard the arguments of both sides and reserved its order on the suit till November 8.

On May 24, plaintiff Kiran Singh, who is general secretary of Vishwa Vedic Sanatan Sangh, had filed the suit in the Varanasi district court seeking a ban on the entry of Muslims into the Gyanvapi complex, handing over the complex to the Sanatan Sangh and permission to offer prayers at the “Shivling”.

On May 25, district court Judge AK Vishvesh had ordered the transfer of the suit to a fast-track court.

In this suit, Varanasi district magistrate, police commissioner, Anjuman Intezamia Committee that is managing the Gyanvapi mosque, and Vishwanath Temple Trust have been made respondents.

On April 26, a lower court (civil judge-senior division) that was earlier hearing a plea by a group of women seeking permission for daily worship of idols of Hindu deities on the mosque’s outer walls had ordered a videographic survey of the Gyanvapi complex and the Hindu side had claimed a “Shivling” was found during the exercise.

However, the Muslim side has maintained that the object was part of the water fountain mechanism at the “wazookhana” reservoir – where devotees carry out ablutions before offering ‘namaz’.

On May 20, the Supreme Court had transferred the case from a civil judge (senior division) to a district judge, saying looking at the “complexities” and “sensitivity” of the issue, it is better if a senior judicial officer with an experience of over 25-30 years handles the case.

District Judge AK Vishwesh is hearing another case demanding a survey of closed underground places on the Gyanvapi premises. This case will be heard on November 11.