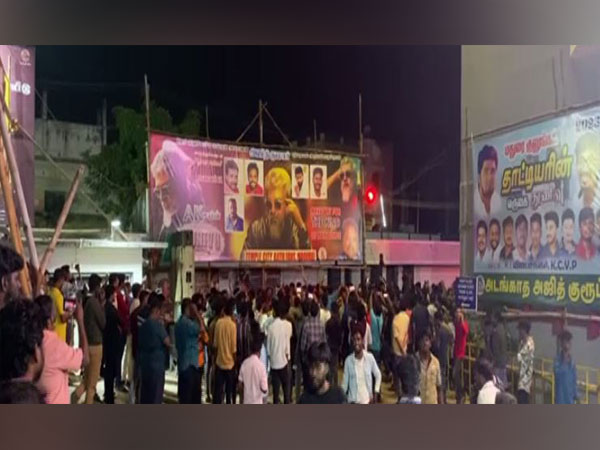 The fans of the two superstars of the South had gathered in large numbers to watch Ajith Kumar’s ‘Thunivu’ and Vijay’s ‘Varisu’ and both were released on the same day after eight years.

A video from outside the movie theatre went viral showing the two sets of fans damaging hoardings at several locations. The police said it even resorted to a mild baton charge to remove the feuding fans.

Meanwhile, in a separate incident, Bharath Kumar, an Ajith fan, succumbed to injuries after he jumped from a slow-moving lorry in a moment of excitement around the release of ‘Thunivu’, on Poonamallee highways near the Rohini theatre, the police informed.

“Bharath Kumar, a fan of actor Ajith Kumar, who jumped in excitement from a slow-moving lorry succumbed to injuries on Poonamallee highways near Rohini theatre, Chennai. Case registered. He had come to watch #Thunivu film’s 1 am show at the theatre,” Koyembedu police said in a tweet.

‘Varisu’ is directed by Vamshi Paidipally and produced by Dil Raju.