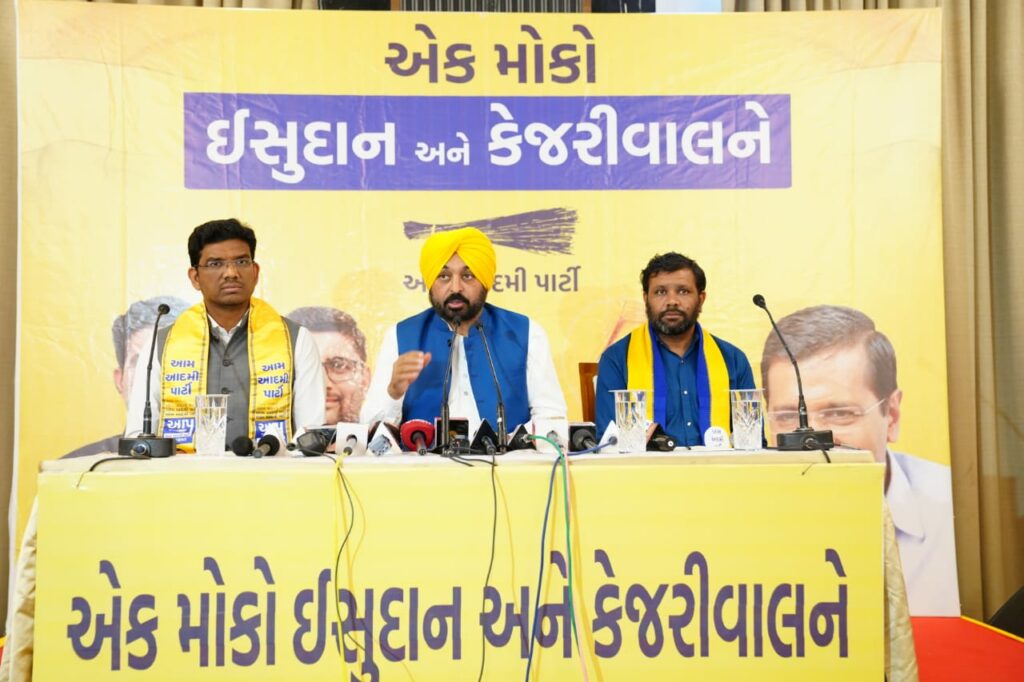 Reiterating his promise of generating employment in Gujarat, Punjab Chief Minister Bhagwant Mann on Friday said that every youth of Gujarat will get a job after the Aam Aadmi Party (AAP) formed the government in the state. 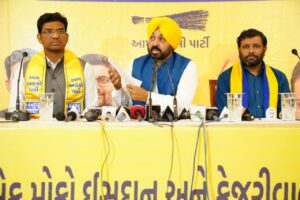 Addressing a press conference here, CM Mann presented the appointment letters of government jobs given to 20, 776 youths within 8 months in Punjab and said that AAP does not make bogus claims like other parties and whatever they promise in poll campaigns, everything will be fulfilled if voted to power in the BJP-ruled state.

He said that these appointment letters to youth of Punjab is a testimony of AAP’s commitment that it walks the talk. Like this, youth of Gujarat will get government jobs. 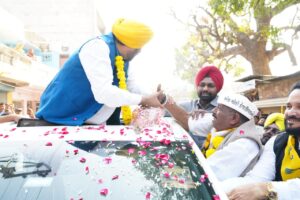 CM said that gangster culture will end in Punjab soon. AAP government has adopted a zero-tolerance against gangster-culture and gun-culture to ensure law and order in the state. 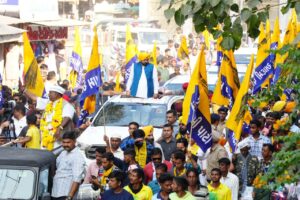 Lambasting the previous governments for misleading the youngsters, CM Mann said that gangsters were not born in the eight months that his government has benn in power in Punjab, but had been patronised by the previous Congress and SAD-BJP regimes.

He said that previous governments used these youth for their vested interests by handing over guns to them. But now criminals are dealt with stern hands.

On Friday, Chief Minister Bhagwant Mann held roadshows in various areas of Bhiloda, Himmat Nagar, Idar and Prantij to campaign for AAP candidates and appealed to the people to form the Aam Aadmi Party government in Gujarat this time. 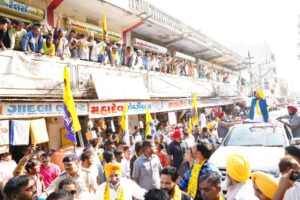 During the roadshow, Mann showed people the ‘zero electricity bills’ of the people of Punjab last month and said that we have made electricity free to save the common people in Delhi and Punjab from inflation.