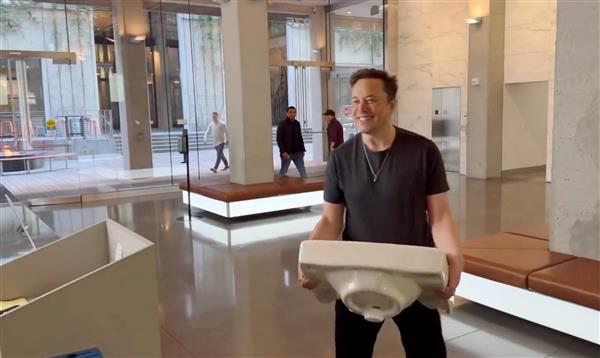 The New York Times said that Musk, the world’s richest man, closed the deal to buy Twitter on Thursday.

Citing people with knowledge of the situation, the report said that Musk “has started cleaning house at Twitter with the firings of at least four top executives”.

“At least one of the executives who was fired was escorted out of Twitter’s office,” the report said.

The deal’s closing removes a cloud of uncertainty that has hung over Twitter’s business, employees and shareholders for much of the year, the CNN said.

After initially agreeing to buy the company in April, Musk spent months attempting to get out of the deal, first citing concerns about the number of bots on the platform and later allegations raised by a company whistleblower.

Agrawal, 38, was appointed Twitter CEO in November last year after the social media site’s co-founder Jack Dorsey had stepped down.

An IIT Bombay and Stanford alumnus, Agrawal had joined Twitter over a decade ago when there were fewer than 1,000 employees at the company.

“Agrawal, who was appointed Twitter’s chief executive last year, had clashed” with Musk “publicly and privately in recent months about the takeover”, the NYT report said.

Musk also “singled out” Gadde, 48, “criticising her for her role in content moderation decisions at the company”, it added.

As the Twitter account of former US President Donald Trump was permanently suspended in January last year, Hyderabad-born Gadde was at the forefront of this dramatic decision undertaken within days of the attempted insurrection by pro-Trump supporters at the US Capitol.

Twitter co-founder Biz Stone thanked Agrawal, Segal and Gadde for their “massive contribution” to the business.