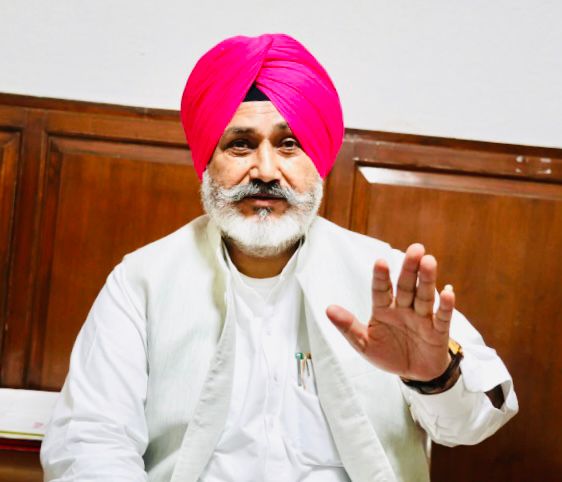 Punjab Health & Family Welfare Minister Chetan Singh Jauramajra, on Sunday, said that under Chief Minister Bhagwant Mann government’s zero-tolerance policy against substandard edible items, the food safety wing is keeping an eagle eye on the vendors selling food and beverages especially focusing upcoming festive season in mind so that anything harmful or inedible can be prevented from reaching the people.

Elaborating about multi-pronged awareness campaigns initiated by the Food Safety Wing of the Food and Drug Administration Punjab, S. Jauramajra said the wing is committed to providing safe and healthy food to people under its slogan “If it is not safe then it is not food”, thus leading an awareness campaign to provide clean food and drink products to the people of Punjab with the aim of “A person who is aware of any kind of food adulteration can lead a better life”.

He said that the department is continuously sensitizing shopkeepers for registration and license under the Food Safety and Standards Act. A total of 1,65,783 licenses and registrations have been issued to food business operators by the department so far. Special attention is being given to improve the quality of milk and during the month of August 2022, a total of 1016 samples were taken by the department, of which 278 milk samples did not meet the standards, informed the Cabinet Minister.

He said, a total of 7 mobile food safety vans have been deployed across Punjab under the ‘Food Safety on Wheels’ program launched by the FSSAI to check the quality of food items. Through these vans, food safety training and quality check of food items in different districts are being done besides creating awareness amongst the people. Vans have a complete arrangement of food testing and reports are provided on the spot. Apart from this, the department conducted checks in the vegetable markets and banned the use of calcium carbide, a chemical used to ripen fruits unnaturally, and practice of acid washing to increase the shine of ginger has also been stopped.

The Food Safety Training and Certification Program has been launched to acquaint food traders with the provisions of the Food Safety and Standards Act, 2006. Instructions are given to maintain cleanliness, medical fitness of workers, workers to wear an apron, gloves, cap, mask etc., he added.

He informed that under the Repurpose Used Cooking Oil program of FSSAI, a company will collect used cooking oil from food vendors and convert it into biodiesel, thereby reducing the repeated use of cooking oil. He said that when edible oil is repeatedly heated and used for frying, the amount of Trans fat in it increases significantly, which is harmful to health and causes high blood pressure, high cholesterol, heart attack etc.

Chetan Singh Jauramajra informed that under the ‘Eat Right’ campaign, schools are being checked to stop junk food under the provision of clean and nutritious food to students and the health hazards of junk food are being taught to them through seminars in schools besides sensitizing them to take less salt, less sugar and using less oil and focusing only on nutritious food.

The Cabinet Minister said that for the prevention of malnutrition in children FSSAI runs a program under which it was asked to sell the milk, edible oil, rice, flour and salt only after fortification with vitamins and minerals and F Plus logo is must on such packs. Sampling was also done for the survey in which samples of milk and milk products, edible oil, honey, fruits and vegetables etc. were taken for the prevention of food adulteration.