Drone intrusion rises in Punjab border but drops in Jammu along IB: BSF 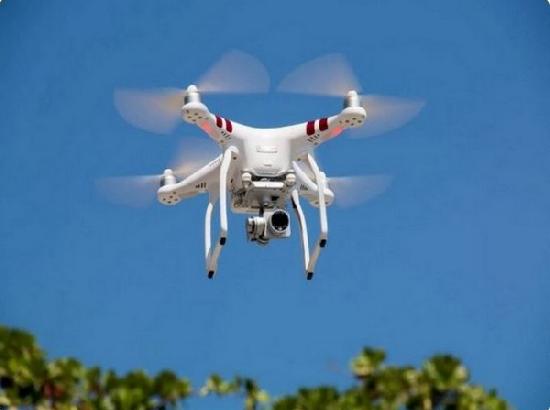 The number of drones being sighted in Punjab, coming from Pakistan has seen a significant rise this year as compared to the Jammu sector.

According to Border Security Force (BSF), till July this year total of 107 drones flying from across the border side was spotted inside Indian territory, as compared to 97 drones spotted the whole of last year.

As many as 97 drones coming from across the border were sighted by the BSF in 2021 along International Border (IB) including 64 such cases in Punjab, 31 in Jammu and two drones were seen entering from the Line of Control (LOC) in Jammu.

From 2022 till July, as many as 107 drones were sighted along IB that including 14 in Jammu and 93 in the Punjab sector and no drone was sighted entering from the LOC in Jammu.

A senior BSF officer said that most of these drones have come from Pakistan and are used to deliver narcotics, weapons, explosives and ammunition.

“There are teams with anti-drone guns deployed in borders. The patrolling parties keep watch on any suspicious aerial activity and often they recover narcotics substances and arms delivered from these drones,” he said.

In the year 2021, BSF shot down one drone in the Ferozpur sector while this year seven drones were shot down and a huge quantity of narcotics that was supposed to be delivered through drones was also recovered.

The total length of Punjab’s border with Pakistan is 553 kilometers and the 198-km stretch of the India-Pakistan border in the Jammu region is guarded by BSF.

Another BSF officer said that there is no effective anti-drone technology available to shoot down every drone crossing the international border but their men on the ground keep watch on drones or any aerial object crossing the border.

“Not only ground, but we also keep an eye on the sky, and BSF personnel are trained to shoot down unidentified UAVs. Sometimes drones fly too high to get detected, we only detect it by humming sound when it comes close to ground,” he said.