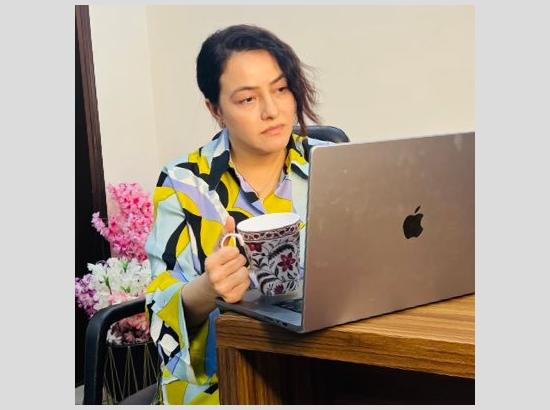 Dera Sacha Sauda chief Gurmeet Ram Rahim, who is serving a jail term after being convicted in rape and murder cases, on Wednesday said that Honeypreet, Rahim’s adopted daughter, has now been named as “Ruhani didi”.

“Our daughter is called Honeypreet. Since everyone calls her ‘didi’, it causes confusion as everyone is ‘didi’. So we have now named her ‘Ruhani Didi’ and modernised it too easy to pronounce, ‘Ruh Di’,” Dera chief tweeted. Earlier on Sunday, Shiromani Gurdwara Parbandhak Committee (SGPC) President Harjinder Singh Dhami had termed the activities of convicted Dera Sacha Sauda head Gurmeet Ram Rahim Singh as “anti-social” and demanded the Centre and state government stop them immediately.

Dhami’s demands came as a reaction to the recently made announcement of the “opening of a Dera” in Punjab’s Sunam. Dhami had said, “Ram Rahim’s character is anti-social and the charges leveled against him are heinous.”

Ram Rahim, the main accused in sacrilege cases, has been serving a jail term after being convicted in rape and murder cases and was released from Sunaria jail on 40-day parole on Saturday.
The SGPC president had called Ram Rahim a “controversial person” and alleged that the announcement to open Dera in Punjab has hurt the sentiments of Sikhs.

“The announcement by this controversial person to open a Dera in Punjab has hurt the Sikh sentiments and this may spoil the peaceful atmosphere of Punjab, SGPC president Dhami said adding that the Punjab government should play its role responsibly in this “very serious” matter and resolve that no branch of Dera Sirsa is established in Punjab.”

He had further said that the Sikh mentality is being hurt by repeatedly granting parole to Ram Rahim, who was imprisoned due to his bad character and crimes and it is a “conspiracy” to announce the opening of his Dera in Sunam.

“The Sikh community will never tolerate this act of his. The government should not allow the convict of heinous acts to play with the religious sentiments of the people,” he had added.

While underscoring that any activity of Ram Rahim will not be accepted in Punjab, Dhami demanded the Centre and the state government stop Ram Rahim’s online speeches while he is out on parole and facing serious charges.

Ram Rahim had organized a virtual ‘Satsang’ which was attended by many political leaders including the Karnal Mayor and many Bharatiya Janata Party (BJP) leaders, sparking a fresh controversy. The Dera chief’s family had submitted an application to the jail authorities seeking month-long parole for him.

The senior Deputy Mayor had said, “I was invited to the Satsang by the ‘sadh sangat’. Online Satsang was done from UP. Many people in my ward are associated with Baba. We attended the programme with a social connection and it has nothing to do with the Bharatiya Janata Party and the upcoming bypoll.”

Notably, the opposition also alleged that Ram Rahim was granted parole due to the forthcoming bypolls in Adhampur that are slated to be held on November 3. Besides, the state is also scheduled to hold panchayat polls soon.

Ram Rahim was convicted by a special CBI court in Panchkula in August 2017 for raping two women followers.
While, on October 8, 2021, the court convicted Ram Rahim and four others in connection with former Dera manager Ranjit Singh’s murder case.

Ranjit Singh was murdered in 2002 on the premises of Dera Sacha Sauda. CBI had registered the case on the orders passed by the High Court of Punjab and Haryana in the year 2003 and taken over the investigation of the case earlier registered at Police Station Sadar in Kurukshetra.

It was alleged that Ranjit Singh was murdered on July 10, 2002, while he was working in his fields at village Khanpur Kolian of Kurukshetra district in Haryana.