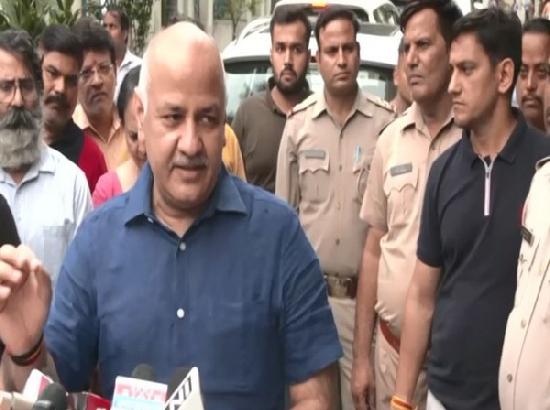 Delhi Deputy Chief Minister Manish Sisodia on Sunday confirmed that he has been summoned by the Central Bureau of Investigation (CBI) and will go to the agency headquarters to meet the officials on Monday.

“I will go and fully cooperate with the CBI as it has called me to the headquarters at 11 am tomorrow after raiding my house for 14 hours and searching bank account and even my village where they could not find anything,” he said in a tweet in Hindi.

In August, the enforcement agencies conducted searches on Delhi deputy chief minister Manish Sisodia’s official residence among several other places in connection with the alleged corruption in the implementation of Delhi’s excise policy.

Sisodia, who is in charge of the excise department, has been under the scanner for alleged deliberate and gross procedural lapses which provided undue benefits to the tender process for liquor licensees for the year 2021-22.

Sisodia is believed to have executed decisions in violation of the statutory provisions of the Excise Policy, which could have huge financial implications.

Such “undue financial favors” to the liquor licensees after the deadline for awarding tenders caused huge losses to the exchequer, sources earlier claimed.

The excise policy was passed in chief minister Arvind Kejriwal-led Delhi Cabinet in the middle of the deadly Delta Covid-19 pandemic in 2021.

Sisodia was among 15 others booked in an FIR filed by the CBI in August including then Excise Commissioner Arva Gopi Krishna, Deputy Commissioner Anand Tiwari and Assistant Commissioner Pankaj Bhatnagar.

The ED and the Central Bureau of Investigation (CBI) had alleged that irregularities were committed while modifying the Excise Policy, undue favours were extended to licence holders, the licence fee was waived or reduced and the L-1 licence was extended without the competent authority’s approval.

The beneficiaries diverted “illegal” gains to the accused officials and made false entries in their books of account to evade detection.

As alleged, the Excise Department had decided to refund the Earnest Money Deposit of about Rs 30 crore to a successful tenderer against the set rules.

This allegedly caused a loss of Rs 144.36 crore to the exchequer, said the FIR, which has been instituted on a reference from the Union Home Ministry following a recommendation from Delhi Lieutenant-Governor Vinai Kumar Saxena.