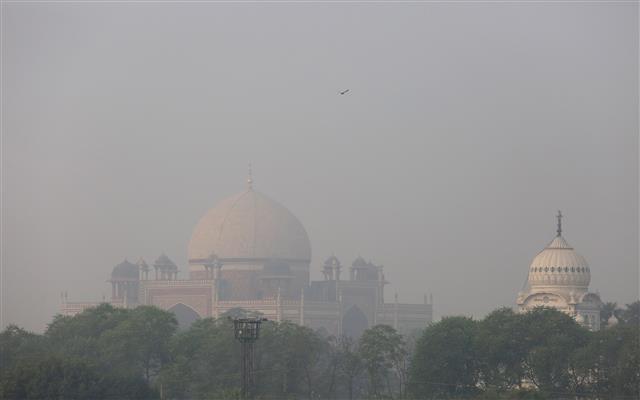 Air Quality Index (AQI) in the national capital Delhi on Monday morning came down and stopped at a ‘very poor’ category, after continuing to slide from the ‘severe’ category, which was recorded for three straight days last week, said the forecast system SAFAR.

Even though the air quality in Delhi continued to slide for the second consecutive day from the ‘upper end of very poor’ to the ‘very poor’ category, still, it is touching an alarming level on Monday morning as the overall Air Quality Index (AQI) of the city stood at 326.

The National Capital Region (NCR) continued to witness bad air as Noida, which is part of the national capital region, recorded an AQI of 356, in the ‘very poor’ category, while Gurugram’s AQI stood at 364 and continued to remain in the ‘very poor category, as per data released by SAFAR (System of Air Quality and Weather Forecasting And Research) India.

According to the data released by the “Air Quality Early Warning System Delhi”, the quality of air is to further deteriorate in Delhi in the coming days.

However on Sunday, in view of the improvement in the overall air quality of the Delhi-NCR in the past few days, a Central government panel revoked the Graded Response Action Plan (GRAP) stage 4, which means that there is no ban on entry of trucks and non-BS 6 diesel light motor vehicles are allowed. But a ban on non-essential construction activities which come under GRAP-3 now in force would continue.