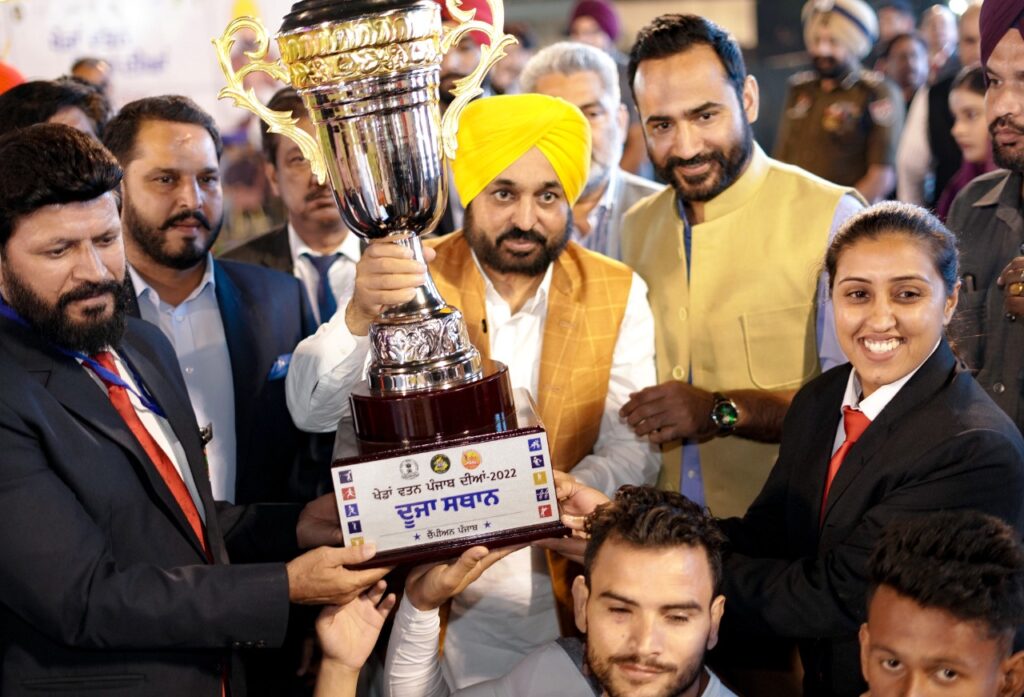 With the promise to meet again next year, the around three months long sporting extravaganza ‘Khedan Watan Punjab Dian’ culminated here on Thursday at the local Guru Nanak Stadium as the Punjab Chief Minister Bhagwant Mann vowed to restore the pristine glory of the state. 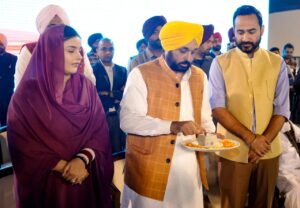 Addressing the gathering after digitally transferring cash amount worth Rs 6.85 crore in the bank accounts of 9961 players who had bagged Gold, Silver and Bronze medal at the state level during games, the Chief Minister congratulated all the players for their stupendous success. He said that Rs 10,000 cash award has been transferred in account of winner of Gold medal, Rs 7000 in account of silver medal winner and Rs 5000 has been transferred in account of bronze medal winner. Bhagwant Mann said that these games will be held every year to promote sporting activity in every nook and corner of state. 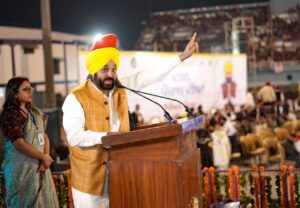 Announcing the culmination of this around three months long gala sporting event, the Chief Minister said that it is a matter of great pride and satisfaction that in this mega event more than three lakh players have participated in different six age groups. He said that these players have participated in various competitions from block to the state level in 28 sports categories. Bhagwant Mann also announced that the state government will give top priority to recruit the outstanding players in various government departments.

Congratulating the players who had won medals in the games, the Chief Minister urged them not to feel proud of their victory but to stay humble and work hard for more success. He said that the games have got overwhelming response across the state and youth have participated in them with huge enthusiasm. Bhagwant Mann said that he is elated to share that even in some events three generations of families have participated in these games.

The Chief Minister said that he is an avid sports lover due to which he is making strenuous efforts for promotion of sports. He said that his government had felicitated the commonwealth contingent as soon as they had returned from the games. Bhagwant Mann envisioned that the day is not far when all the first three slots in every game will be bagged by Punjabis both at national and international level.

The Chief Minister said that in a path breaking initiative his government has resumed Shaheed Bhagat Singh youth award, which will be bestowed to 46 youth every year for their outstanding contribution in several fields. He said that the award winners will get cash money worth Rs 51,000 along with appreciation certificate. Bhagwant Mann bemoaned that this award was stopped around seven years back but will be resumed now.

The Chief Minister also vowed to make Punjab as the front runner state in the country. He said that his government is already making all out efforts for this noble cause. Bhagwant Mann envisioned that the concerted efforts will give desired results and an era of unprecedented progress and prosperity will be ushered in state. 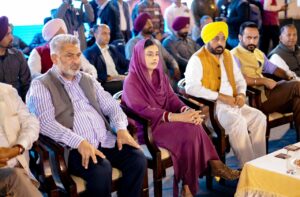 The Chief Minister further said that the prestigious G-20 summit, scheduled to be held in the holy city of Amritsar in March-2023, will promote Punjab as a preferred destination for business on the international level. He said that the summit will also provide a stage to the government to showcase its achievements and facilities for setting up new businesses. Bhagwant Mann said that this is a golden opportunity when Punjab can be highlighted as a land of best opportunities adding that the state is fortunate to have got this opportunity to host this event, in which leading countries from around the world will discuss education and labour and other crucial issues.

The Chief Minister said that the state government has been making all out efforts for promoting sports across the state to channelize the unbounded energy of youth in a positive manner.  He said that these games were a right step towards this direction as it has provided platform to the players for showcasing their latent. Bhagwant Mann asserted that these games will also help the state government to identify the strengths and weaknesses of the players which will be beneficial for grooming them for the national and international events in future.

The Chief Minister further said that the state government is leaving no stone unturned to popularize sports in the state as it can be play a key role in progress of the state and prosperity of its people. He asserted that it is the need of hour to encourage more budding players to excel in field of sports. Bhagwant Mann said that Aam Aadmi government is working on an aggressive campaign to produce maximum number of trained sportspersons so that Punjab can contribute more players in the Indian contingent for international events.

The Chief Minister said that Punjab has abundant sports talent and Punjab government will leave no stone unturned to tap their potential and enable them to participate and excel in international events. Bhagwant Mann said that Punjab and sports have a strong and inseparable bond adding that the youth of the state have an inherited talent but the successive governments have failed to provide requisite infrastructure to them. He asserted that now the players will be provided the state of art infrastructure and world class facilities.

Earlier, Sports Minister Gurmeet Singh Meet Hayer welcomed the Chief Minister and other dignitaries on the occasion. He also lauded the role played by the entire government machinery to make this sporting event a huge success. Meet Hayer said that these games have scripted a new success story in history of the state.

On the occasion an impressive video about the sporting extravaganza accompanied by magnificent traditional dance ‘Giddha’ and ‘Bhangra’ enthralled the audience and forced them to tap their feet. The gathering also gave standing ovation to the dazzling firework show on the occasion.