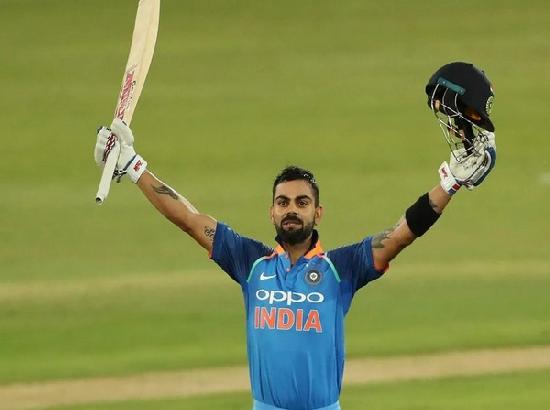 “Happy Birthday, to the G.O.A.T! One of the most fearless performers in World Cricket. @imVkohli nmm viraatt raaj!#PlayBold #HappyBirthdayViratKohli https://t.co/uu8sF0B4vV,” tweeted RCB.

Star Indian all-rounder Hardik Pandya, who recently helped India win the match against Pakistan in the ongoing T20 World Cup with a century stand with Virat also wished batter on the latter’s birthday.

“Wish you a very happy birthday @imVkohli Have a year full of success and happiness. Keep smiling,” Pujara tweeted.

Veteran wicketkeeper Dinesh Karthik also wished birthday to a man “who believes when no one else does”.

“He’s the one who believes when no one else does! A very happy birthday to you @imVkohli,” tweeted Dinesh.

“Wishing a very Happy Birthday to the legend who believes in never say never!

Where you are today is a result of your sheer hard work, dedication and attitude. Keep going #KingKohli bring home the cup Lots of love @imVkohli,” tweeted Yuvraj.

“jnmdin kii haardik shubhkaamnaaeN brother @ImVKohli, wishing you much success, good health and more centuries for the coming years. May you continue to shine and inspire thousands with your commendable skills and techniques. Have a wonderful day, Champion!,” tweeted Raina.

He is also a part of Team India which won Cricket World Cup in 2011 and Champions Trophy in 2013.