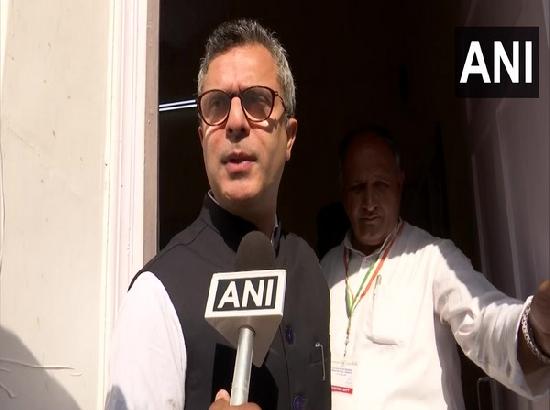 Ahead of Wednesday’s counting of votes for the Congress presidential election, the Shashi Tharoor camp has approached the party’s election authority alleging that it suspected “extremely serious irregularities” in Uttar Pradesh on the day of the polling and demanded that all votes from the state be deemed invalid.

In a letter to Congress Central Authority Chairman Madhusudan Mistry, Salman Soz the election agent to Tharoor who has been pitted against Mallikarjun Kharge in the race for the party’s top post has written about “disturbing facts” including “reports of minor violations” guidelines in a few states on Monday, when the polling was held.

In the letter dated October 18, Soz said” Our campaign wants to bring to your attention extremely serious irregularities in the conduct of the election in the state of Uttar Pradesh.

As you will see, the facts are damning and the election process in UP is devoid of credibility and integrity. I have already conveyed some of this to you in a telephone conversation yesterday evening.”

“We do not see how this election can be deemed free and fair if the tainted process of Uttar Pradesh is allowed to stand. We, therefore, demand that all votes from Uttar Pradesh be deemed invalid. Whether you wish to declare that publicly or not, we leave to your good judgment. We reserve the right to do what we believe is in the best interests of the party, Soz wrote.

The ex-Member of Parliament (MP) Salman Anees Soz in his letter underlined that they had no evidence that Mallikarjun Kharge was aware of how his supporters were engaging in electoral malpractice in Uttar Pradesh.

“We are certain that if he were aware, he would never allow what happened in Uttar Pradesh. He would not allow the tainting of an election that is so important for the Indian National Congress,” Soz said.

Stating that there were reports of “minor violations” of Mistry’s guidelines in a few states Soz said for the most past, polling across the country happened peacefully and reasonably fairly.

“However, what we have witnessed in Uttar Pradesh is at a completely different level and it is an open challenge to the authority of your office as well as contempt for the orders of the Hon’ble Congress President and the Congress Working Committee to hold free and fair elections,” Soz wrote.

Tharoor and Kharge are contesting for the post of the party chief to replace Sonia Gandhi who had been serving as interim president after Rahul Gandhi stepped down from the post following the party’s debacle in the 2019 Lok Sabha elections. Sealed ballot boxes were brought from across the country to the Congress headquarters in Delhi.

Soz, in his letter to Ministry alleged that in Uttar Pradesh ballot boxes were not sealed at the end of polling, as per guidelines issued by the polling authority.

“On voting day, when the ballot boxes were prepared for voting, our agents raised concerns with PROs/APROs about the lack of a proper sealing mechanism for ballot boxes. At that point they were told that the seal would be applied later. At no point did any PRO, APRO, or DPRO indicate to polling agents that there was a problem related to the official seals mentioned with serial numbers and provided by the Central Election Authority all states.”

The Shashi Tharoor camp further alleged that there were unofficial persons present in polling booths.

“Iin Uttar Pradesh, there were three (3) additional persons (none of them was a PRO, APRO, DRO or a polling agent) in each booth who were sitting inside the polling booth and they were acting like the presiding officers whose role was to check the delegate card of the voters and match then with their government ID cards like Aadhar, Voter ID, PAN and, if they found them to be genuine, then allow delegates to vote.”

“Without exception, these people are influential local leaders and national and state office bearers. One of them, Shri Omveer Yadav, is a proposer of Shri Mallikarjun Kharge,” Soz wrote.

Soz also said they suspected voter malpractice in the election and the absence of polling summary sheet.

“We have specific examples of people who were not in Lucknow on polling day and their ballots were recorded as having been cast. We will not disclose those examples to you at this time to protect our sources and to make sure there is no attempt to fix such issues by those who have committed such malpractices. Rest assured, we have concrete examples with us,” the letter read.

He also pointed out that despite clear instructions, “AICC Secretaries who are in-charge of Uttar Pradesh but belong to different states were present in Lucknow at the PCC Headquarters and visiting different polling booths.”

Over 9,000 Pradesh Congress Committee (PCC) delegates from the Electoral College to pick the party chief in a secret ballot. Voting was held in over 65 polling booths across the country on October 17. Whoever gets more than 50 percent of the votes gets elected as Congress president.