Clinical features, treatment received by children are inadequate to determine aetiology: DCGI replies to WHO 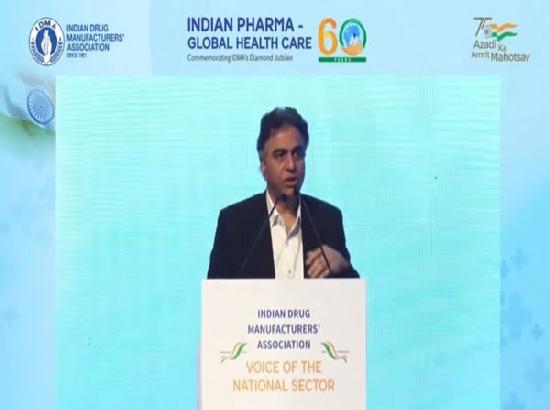 Drugs Controller General of India (DCGI) on Saturday replied to World Health Organisation (WHO) and said as per the recently formed technical committee, the clinical features and the treatment received by the children as shared by WHO so far are inadequate to determine the aetiology.

Aetiology is the scientific study of the causes of disease. In a response to WHO, DCGI chief Dr VG Somani said, “Committee in its first meeting has examined the reports or communications so far received from WHO and has made the following observations: The clinical features and the treatment received by the children as shared by WHO so far are inadequate to determine the aetiology.”

The response also mentioned that details of initial illness, signs and symptoms, duration of anuria in the cases, results of laboratory investigations conducted including various markers and parameters, specific investigations for DG and EG (diethylene glycol and ethylene glycol) on clinical samples of the patients, treatment received before and after hospitalization at the tertiary hospital in Gambia, treatment received before and after Acute kidney injury (AKI) was suspected and reasons thereof, the names and brands of the drug formulations used in the treatment before & after hospitalization, their manufacturers, their expiry and any other relevant information in each of the cases, are necessary.

Somani mentioned that in respect of the investigations carried out as shared by WHO so far, require more detailed information e.g. the number of stool samples collected and analysed.

“The number of children with a similar clinical presentation to AKI (Acute Kidney Injury) from whom the biological samples were collected, details of the product samples collected and tested (with their compositions, manufacturers) which were reported to be negative for EG and DEG, the details of cases who received these products etc. are required to analyse the events to test method adopted for testing of samples,” Somani added in the observation. In the end, DCGI requested WHO to share the report on causal relations along with the above details, as observed by the said Technical Committee at the earliest for further examination and follow-up action at our level.

The first meeting of the four-membered committee to examine the World Health Organisation’s report regarding Maiden Pharmaceuticals Ltd was held on Thursday.

Notably, the production of cough syrups by Maiden Pharmaceuticals was suspended on Wednesday, however, its lab report is awaited. Somani did mention in his reply that the manufacturing site has been inspected, test reports of sampled products from the laboratory are awaited and all the manufacturing activities of the manufacturer in question have been stopped.

He later added that the Union Ministry of Health and Family Welfare had constituted a Committee of Technical Experts to examine and analyze the details of the adverse event reports and all related details shared by / to be shared by WHO and to recommend follow-up action.

According to the media reports, Atlanta-based Atlantic Pharmaceuticals Company Ltd which has permission to export medicines to West Africa’s Gambia had ordered combined cough syrup bottles that were purchased from Maiden Pharmaceuticals Limited.