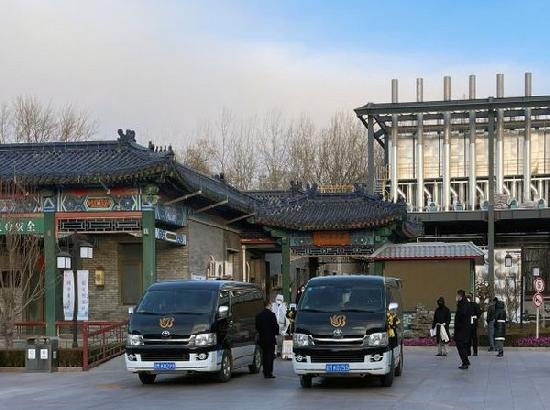 Amid the rising number of deaths in China due to COVID-19, it has introduced IceBurial technology, alleged Inconvenient Truths by Jennifer Zeng which covers first-hand info and unique insights about China and the Chinese Communist Party.

“This type of funeral has been run in Wuhan City on a trial basis. Corpses can be instantly frozen in liquid nitrogen at minus 196 degrees, and then turn into powder form. Much faster than cremation,” tweeted Inconvenient Truths by Jennifer Zeng. When the allegations were confronted by a Twitter user that the article related to IceBurial technology was published in March 2022, Inconvenient Truths by Jennifer Zeng said that the video was made in Sep 2020. “Maybe this started in the first round of outbreaks already,” said Jennifer Zeng.

Notably, this is not the first time IceBurial technology has been used to cremate a dead body. In 2016, a Swedish and an Irish company were developing and providing new forms of burial. The controversial burial method uses liquid nitrogen to freeze and disintegrates a dead body.

Dubbed “promession,” the process takes place in a custom-built machine – just slot your dead relative’s corpse into the device, and watch as it removes their coffin, freeze-dries the water out of them, and shakes whatever’s left into dust, reported New York Post.

Promessa Organic from Sweden, led by biologist Susanne Wiigh-Masak, has developed what they’ve called Promession, a method by which the human body is converted into powder, dried and eventually turned into organic matter that converts into the soil within a year.
Like freeze drying, promession involves a system called the Promator in which the body is frozen to minus 18 degrees Celsius and submerged in liquid nitrogen. The body is refrozen as the liquid nitrogen evaporates into harmless gas.

The brittle body then is vibrated and transformed into organic powder.
Meanwhile, Irish company EcoLegacy offers a similar burial service. Their process, which they’ve called EcoLation, is similar to Promession, except the energy that is expelled in the process is turned into energy reused in future processes.

The startling decision to end zero-COVID all at once and without careful preparation is killing many Chinese people.
This will be bad news for an economy already weakened by three years of COVID lockdowns, falling confidence in the all-important real estate sector and debt defaults that could undermine the country’s financial sector.

According to WHO, the number of people hospitalised with the disease in China rose by 70 per cent to 63,307 versus the previous week.

China reported a large jump in COVID-19 hospitalizations in the week through January 15 to the highest since the pandemic began, according to a weekly report published by the World Health Organization on Thursday.

However, the WHO said it awaited “detailed provincial data disaggregated by the week of reporting” on nearly 60,000 additional COVID-related hospital deaths reported by China last week and did not include them in the tally.

In early December, Beijing abruptly dismantled its strict three-year anti-virus regime of frequent testing, travel curbs and mass lockdowns after widespread protests in late November, and cases have surged since then across the nation of 1.4 billion.