Chhath Puja 2022: No offerings allowed to be immersed in Yamuna as per NGT 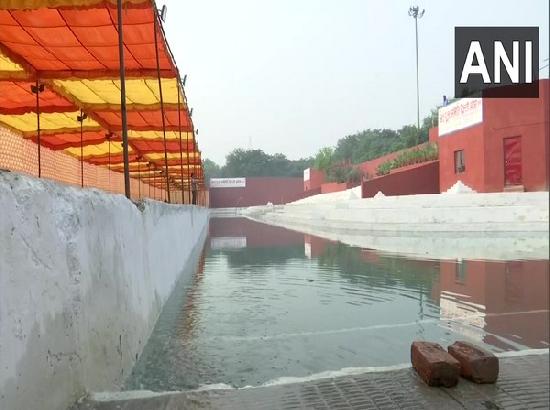 On the third day of Chhath Puja 2022, the Delhi administration officials have decorated the ITO Ghat near the Yamuna river for devotes to offer prayers on Arghya to the setting sun and on Usha Arghya to the rising sun.

As per the National Green Tribunal (NGT) laws, no offerings are allowed to be immersed in the river Yamuna during the festivities. For the devotees, the Delhi Jal Board officials sprayed chemicals into the river Yamuna to deal with the problem of foam formation on the surface of the river.

Ahead of the Chhath Puja, which is usually celebrated on the river banks in northern India, the DJB officials sprayed chemicals on the surface near Kalindi Kunj, with the aim to remove the toxic foam formed by the high levels of pollutants in the water.

Taking a ritualistic bath in holy water is considered an essential part of the rituals centred around Chhath puja. During this festive season, devotees residing in Delhi, Noida and Ghaziabad head towards the Yamuna river to take a dip in its waters and seek blessings from the Sun God for a healthy, happy, and prosperous life.

The core ritual around the festival involves devotees observing a fast and worshipping Chhathi Maiya to express gratitude to the Sun God for sustaining life on Earth. Chhath is considered to be the only Vedic festival dedicated to Surya (the Sun God).

This ancient Hindu Vedic festival is mainly celebrated in Bihar, Jharkhand and Eastern Uttar Pradesh in India and Nepal. The main purpose of Chhath Puja is to help the Vrattis gain mental and spiritual purity. It is believed that sunlight has cures for various diseases and conditions.

Taking a dip in the holy river also has certain medicinal benefits. The festival requires maintaining the utmost ritualistic purity.

On the fourth and final day of Chhath, Dusri Arghya is given to the rising Sun and it is known as Usha Arghya. The 36 hours long fast is broken after giving Arghya to the Sun.