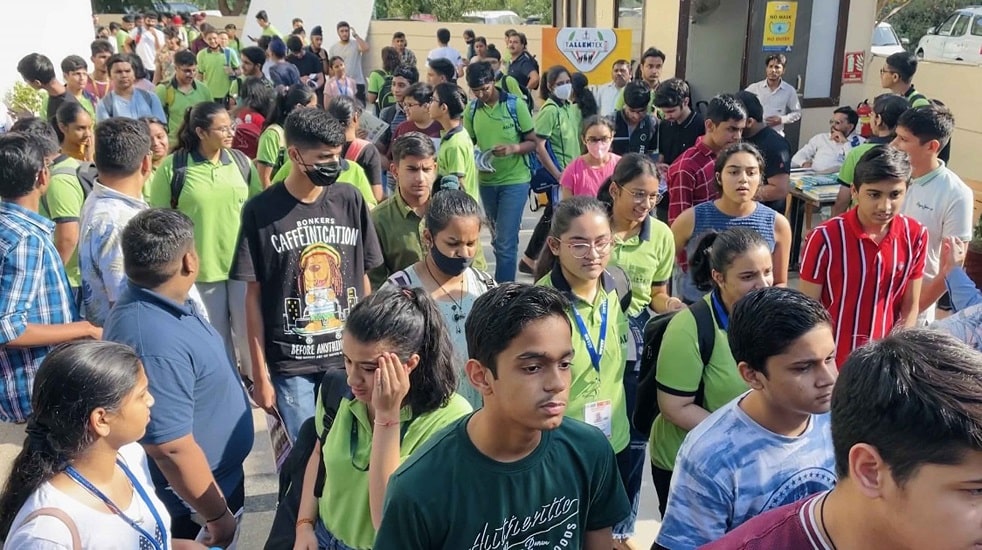 The first phase of the Allen TALLENTEX-2023, which is one of the country’s biggest examinations conducted by Allen Career Institute for the promotion of talent, was held in 11 states of the country on Sunday.

Pankaj Aggarwal, National Head, Allen Tallentex said that the students appearing in the examination will get the best scholarship on admission with Early Fee Benefit on admission in session 2023-24 in Allen. In such a situation, there is a double benefit of scholarship even at low fees. Along with national and state ranks in Tallentex, students will be given scholarships up to Rs 250 crores and cash prizes of Rs 1.25 crores. In other states of the country, the second phase examination will be held on October 16. In Tallentex, students of classes 5 to 10 can appear in the exam.

Aggarwal informed that the conclusion of the examination and the felicitation ceremony of the rankers will be done in the first week of December in the form of a success power session. Last year this session could not take place due to Covid-19 pandemic. In such a situation, last year’s rankers will also be rewarded in this function this year. Along with the result of this examination, a separate Competitive Success Index will also be issued to each student. About a million students have joined Tallentex by the year 2022.