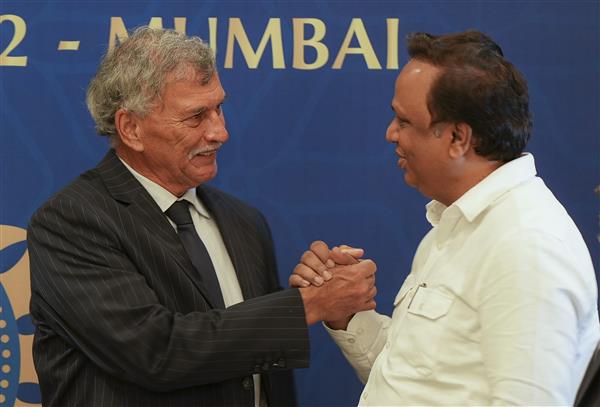 World Cup winner Roger Binny was today elected as the 36th president of the BCCI, taking over from Sourav Ganguly to run the world’s richest cricket board.

Binny, 67, was elected unopposed at the BCCI’s annual general meeting here alongside Jay Shah, who was re-elected as the secretary for a second successive term.

The other office-bearers who were elected unopposed included treasurer Ashish Shelar, vice-president Rajeev Shukla and joint secretary Devjit Saikia. Binny, who played 27 Tests and 72 ODIs for India, takes charge ahead of the ODI World Cup in India next year.

However, the issue of the chairmanship of the ICC remained unsettled and a new set of office-bearers are to take a call soon. The observers keenly awaited the outcome of the AGM, but BCCI chose not to take a decision on the issue which is being discussed even in political corridors.

BCCI also approved the inaugural women’s IPL which will consist of five teams and will be held in March. “How the teams will be sold and how the tournament will be conducted will be decided soon,” said a source.

Right after taking charge, Binny said frequent injuries to top India players is a matter of concern and promised to “get to the bottom of it all”. Improving the pitches for domestic cricket is also high on his agenda.

“We will look to improve on what we can do to reduce the injuries to players,” Binny told reporters. “Players getting frequently injured is a concern, and we wish to get to the bottom of it all and see how it can be changed for the better. We have excellent doctors and trainers at the National Cricket Academy (in Bengaluru), but we must look to reduce the injuries and improve recovery.”

India have fielded as many as 40 players across formats in 2022, with injuries being the main reason apart from multiple series being held simultaneously.

Binny also stressed on the importance of having good pitches for domestic cricket.

“There needs to be more life in the wickets at home, so that our teams would not have the problem of adjusting when travelling abroad – like in Australia, where there is more pace and bounce.”