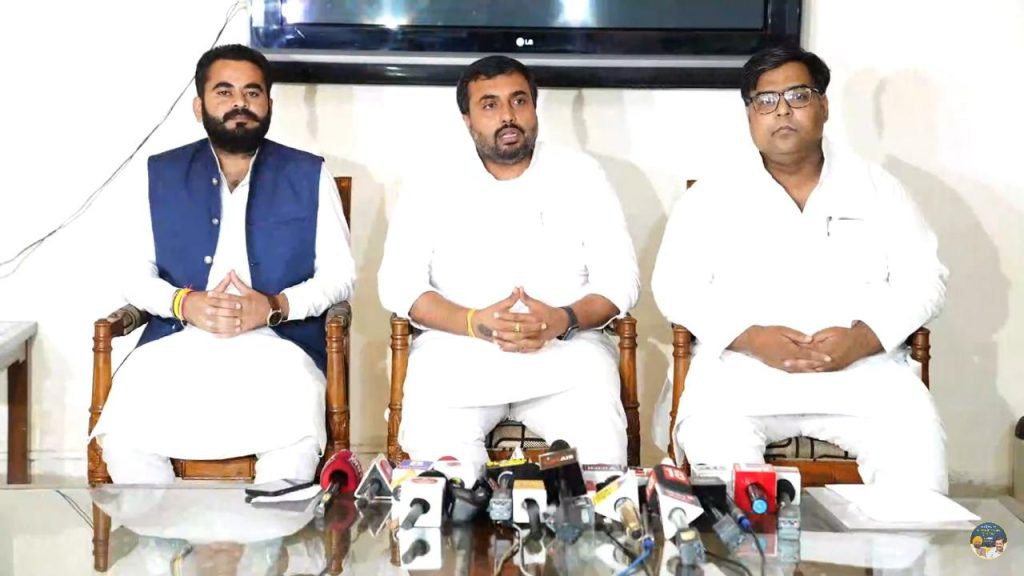 Fulfilling a long pending demand of farmers, the Punjab government led by Chief Minister Bhagwant Mann has announced the release of Rs 32.5 crore pending compensation amount. The money is to compensate farmers for damage to cotton crop due to floods in 2020.

This was disclosed by three MLAs of the Aam Aadmi Party (AAP),  Jalalabad MLA Jagdeep Kamboj, MLA from Fazilka Narinder Pal Singh Sawna and  Amandeep Singh Goldy Musafir of Balluana MLA, during a press conference here at Punjab Bhawan on Tuesday.
Describing it as a major relief to farmers of Fazilka district, Jagdeep Kamboj MLA from Jalalabad emphasized that it would ease the financial burden of many farmers, who have been waiting for the compensation of their damaged crop for past two years but dastardly Congress government had failed to release it.

He said that it is a big gift to farmers by the CM Mann as many farmers had committed suicide waiting for their compensation after floods caused major damage in Abohar, Arniwala and Jalalabad blocks of the district but previous government didn’t compensate the debt-ridden farmers.

“Congress government had promised to release compensation on various occasions and farmers had even held demonstrations seeking compensation for the cotton crop during the Congress regime but to no avail. However, CM Mann immediately decided to provide two years compensation when we took up this issue with him today. It shows that the AAP is a pro-farmer and sensitive government unlike previous governments in Punjab” said MLA Kamboj.

He said that out of total Rs 32.5 crore, damage worth Rs 28 crore was done to the crops whereas the remaining Rs 4 crore loss was for houses and other establishments.

Amandeep Singh Goldy Musafir of Balluana MLA said that his constituency was most affected with water flooding in 2020 and he thanked CM Mann for considering the woes of the farmers and releasing their burden.

He said that Fazilka district faces flood-like situation every year and crops on thousands of acres got damaged after heavy rains. But, previous callous governments had not done anything in this regard.

“To provide a permanent solution to the water logging problem, which led to damage to crops in Fazilka, CM Mann has assured us to replace the existing drainage system and canal water will also be supplied to farmers across the district,” he added.