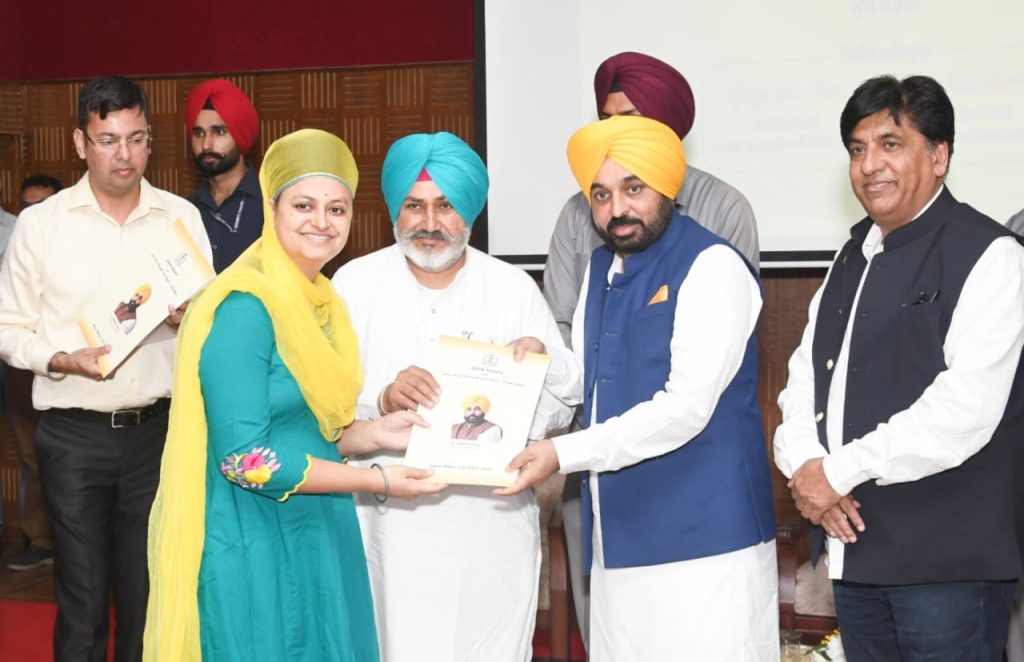 Punjab Chief Minister Bhagwant Mann today said that due to the vested interests of influential political families the state has lagged behind in the process of development and youth had been deprived of employment opportunities.

Addressing the gathering, while handing over employment letters to newly recruited youth in Water, Supply and sanitation, Health and Family Welfare and Medical Education departments, the Chief Minister said that the hands of these families are drenched with treachery and ruining the future of younger generations. He said that these families connived with forces for getting personal benefits and harming the interests of the state. Bhagwant Mann said that this was an unpardonable sin with Punjab and its youth due to which people had ousted these families from power in the state.

The Chief Minister further said that the state government is regularly working to restore the pristine glory of the state. He asserted that it is a matter of great pride and satisfaction for him that Tata group will set up a big project in the state near Ludhiana with an investment of Rs 2600 crore. He further emphasized that this is the biggest investment by Tata steel after Jamshedpur adding that more key industrial projects will be set up in the state in coming days.

The Chief Minister said that this is because now these companies are coming for investing in the state and are signing agreements with Punjab. However, he bemoaned that earlier such investor ran away from investing as they were forced to sign agreements with ruling families instead of the state. Bhagwant Mann quipped that his predecessors used to ask what benefit their families will get from such projects but on the contrary now he asks how many youth will get jobs from these projects.

Congratulating the newly recruited candidates, the Chief Minister said that it is the result of their hard work, consistency and commitment to achieve this marvelous feat. He said that the youth who have worked hard, deserve this post as they have cleared the cut throat competition totally on merit basis. Bhagwant Mann said that more such transparent recruitments are in pipeline and will be completed soon in a transparent manner.

The Chief Minister further said that the maiden decision of the Aam Aadmi government in the state was to embark the recruitment process for the youth. He asserted the state government is committed to streamlining the affairs in each and every department for ensuring that people don’t face any problem. Bhagwant Mann emphasized that this can be done with filling the vacant posts adding that it is the need of hour for the progress of the state and prosperity of its people.

Patting the back of these candidates, the Chief Minister said that they must use their position to serve the masses. He asked the new recruits to dispense their services honestly so that people are immensely benefited by it. Bhagwant Mann said that his government has in a few days done works which have not been accomplished in the last 75 years adding that he will continue to serve the people with the same passion and missionary zeal in coming times too.