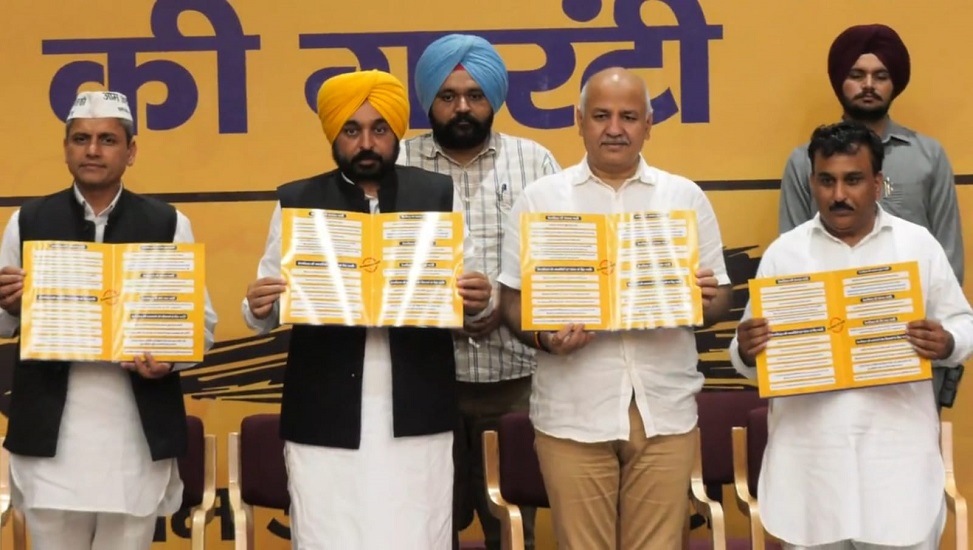 Punjab Chief Minister Bhagwant Mann on Friday exhorted the youth of Himachal Pradesh to act as a catalyst of change by ousting the traditional political parties from the state.

“Don’t expect that power falls into your lap but work hard to ensure that a new era of unprecedented development is ushered in your state”, said the Chief Minister while promising six guarantees including jobs for all youth, unemployment allowance, Advisory Board for traders, end Inspector rule, corruption-free administration and others to residents of hilly state.

The Chief Minister, accompanied by Delhi Deputy Chief Minister Manish Sisodia, said that by playing musical chairs, the traditional parties have mercilessly plundered the wealth of the state.

He said that these political parties have connived with each other to shield their misdeeds. Bhagwant Mann said that the real sufferers have been the people and state who have lagged behind in progress and prosperity.

The Chief Minister said that now the time has come when the youth must come forward and work hard to rout these parties from the hill state.

He said that people from Delhi and Punjab had already brought revolution in their respective states and now the time has come that it should be replicated in the state too.

Bhagwant Mann said that the time has come when the youth must play a decisive role in the process of national building.

The Chief Minister bemoaned that though the state and its people have suffered due to poor policies of these leaders but the families of the leaders have prospered.

He said that while the people are starving for food, the politicians and their families are living an opulent lifestyle.

Bhagwant Mann said that this has to be reversed for which the youth must play a vanguard role.The Chief Minister said that AAP is continuously working for reform in the education and health sector.

Bhagwant Mann said that they are working on a model to ensure that government schools turn into ‘schools of eminence’ to provide quality education to youth, so that the common man’s child can compete with his convent-educated peers.

The Chief Minister further said that AAP is a product of revolution and the vision of Delhi Chief Minister Arvind Kejriwal. He said that ‘broom’ , the symbol of AAP symbolises cleanliness adding that they are here to clean the dirt in the political system.

Bhagwant Mann further said that people must support this movement for the well being of the country and its people.The Chief Minister asserted that winds of change brought transformation in Punjab as people voted for the AAP overwhelmingly and 92 MLAs won in the state.

Bhagwant Mann predicted that the same scenario will emerge in Himachal after the polls and AAP will form government in state.

The Chief Minister further said that his government has introduced One MLA, One Pension scheme in Punjab thereby ending the open loot of public wealth in form of multiple pensions to the MLAs.

He bemoaned that in the last 75 years these elected representatives had drawn huge salaries and pensions from the state exchequer.

Bhagwant Mann said that the entire burden of this facility to these leaders was on the taxpayers as their money was wasted on ensuring multiple pensions to these leaders instead of being used for the public welfare.