Anyone can join the Make India No 1 initiative by leaving a missed call on 9510001000: Arvind Kejriwal 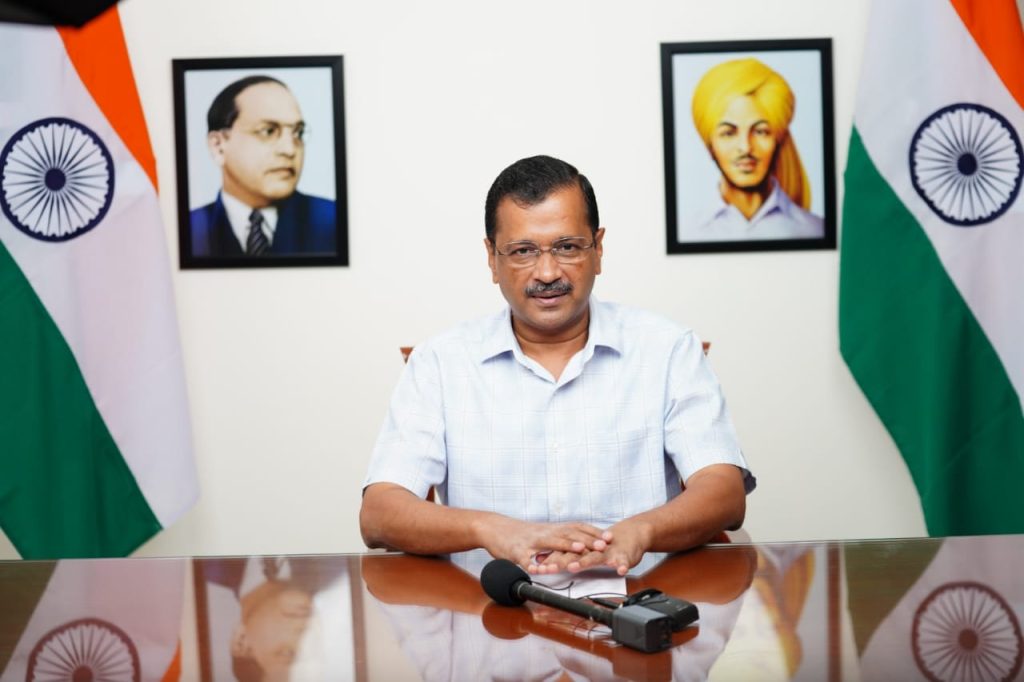 AAP National Convenor and Delhi CM Arvind Kejriwal has resolved to bring 130 crores Indians together for his path-breaking project, the Make India No 1 campaign. The AAP Convenor will now be aggressively pumping fuel into the initiative, going across the country, forming an alliance of citizens all over India. Arvind Kejriwal will commence the Make India No 1 campaign from his birthplace Hisar, Haryana tomorrow.

Shri Arvind Kejriwal said, “We all have to come together to Make India No 1; we have to form an alliance of 130 crore Indians. I will embark on a nation-wide journey to fulfil this cause. Anyone can join the Make India No 1 initiative by leaving a missed call on 9510001000. To Make India No 1 we will have to give excellent education free-of-cost to every child of the nation and build world-class schools all over India. The cause of transforming schools should have begun 75 years ago; we may have lost time, but we’ve finally started it now; once India joins hands for this cause, no one will be able to stop us. Our country wouldn’t have lagged behind had we built excellent schools right from the time of independence and given the best possible quality of education to each child. All 130 crore Indians will have to persevere like a family, India will become No 1 only through hardwork and dedication. The Prime Minister has announced the ‘modernisation’ of 14,500 government schools; I fail to understand how such a small measure will be of any help in a country with 10.50 lac government schools. If we modernise 14,500 schools every year it will take 7-80 years to fix 10.50 lac schools. I appeal to the Prime Minister — please make a cohesive plan with all state governments over education; if we have to progress we need to transform all the 10.50 lac government schools within the next 5 years.”

There is not a single country in the world which has become a developed country without providing quality education to the children of their country: Arvind Kejriwal

AAP National Convenor and Delhi CM Shri Arvind Kejriwal announced his vision for the Make India No 1 campaign today. He resounded faith in the potential of the country and its people who can touch the sky & lead India to a global success. He said, “We launched a campaign a few days ago called Make India No. 1. It is the dream of 130 crores Indians that India becomes the best country in the world. They are asking a question that we became Independent 75 years ago and yet India is still lagging behind. A lot of countries overtook us. Today, when India is labelled as a poor and a backward country, it pains our hearts. 130 crores Indians want to see India becoming a developed country. India should be a rich and prosperous country. India should be the most powerful country in the world.”

He gave an example of how a person can pursue massive endeavours by remaining attached to his roots as he selected his birthplace as the starting point of his revolutionary journey. He continued, “In the past 75 years, India could not progress because of these political parties and politicians. And if we leave the control of the country with them, India will remain a backward country for another 75 years. 130 Indians have to come together to form an alliance. We have to work hard like a team, like a family. If 130 Indians will come together, no force can stop India from becoming the no.1 country in the world. In order to make this dream a reality, I announced that I will be touring the entire country. I will visit all the states, interact with people from all walks of life and work towards making them join this movement. I will be starting my tour tomorrow. The first place I will be visiting is my birthplace which is Hisar in Haryana. I was born in a village called Siwani which is near Hisar. I will kickstart this pious journey from my native place. Afterwards, I will visit other states and try to make people join this movement.”

While giving the details of the method to join the mission, he emphasised the revolution in education should be the first-amongst-equals step among the various steps required for the country’s development. He added, “Those who want to join the mission Make India No. 1 can do so by giving us a missed call on 9510001000. I have said multiple times that a lot of work needs to be done to make India the best country in the world but there is a necessary but not sufficient condition. The necessary condition is that until and unless we provide the best possible education to every child in our country, be it from a middle-class or poor family, and that too free-of-cost, the country cannot progress. It should be first-class education, just like the type of education children from rich families get in private schools.”

Invoking the history of Independent India, he said that a golden opportunity was lost by the country which would have otherwise helped in taking an ideal start soon after getting freedom. He said, “Our country got Independence in 1947 and we have made significant progress in various fields but we made a big mistake. The first step which should have been taken after getting freedom was to build excellent government schools in every city, every village and every corner of the country. If we would have done this back then, all the citizens of the country would have been literate by now. Every child would have received quality education and India would have been a poor country. We have wasted 75 years.”

Citing examples of essential practice of developing countries to provide quality education to its children as a matter of priority, he sought cooperation of governments across the country to achieve the target within five years. He concluded, “It is my appeal to the Prime Minister and the Central Government that they should create a plan by collaborating with all the state governments to modernise all the 10.5 lakh government schools at once to make them best quality schools. We should strive to achieve this goal within 5 years. Until the children of our country will not get the best possible education, our country cannot progress. Take an example of any developed nation in the world. Be it Japan, France or any European country, England, the US or Canada. There is not even a single country which has become a developed country without providing quality education to the children of their country. 14 thousand 5 hundred government schools are not even a drop in a vast ocean. There are 10.5 lakh schools and we have to revamp them at once within the next 5 years.”