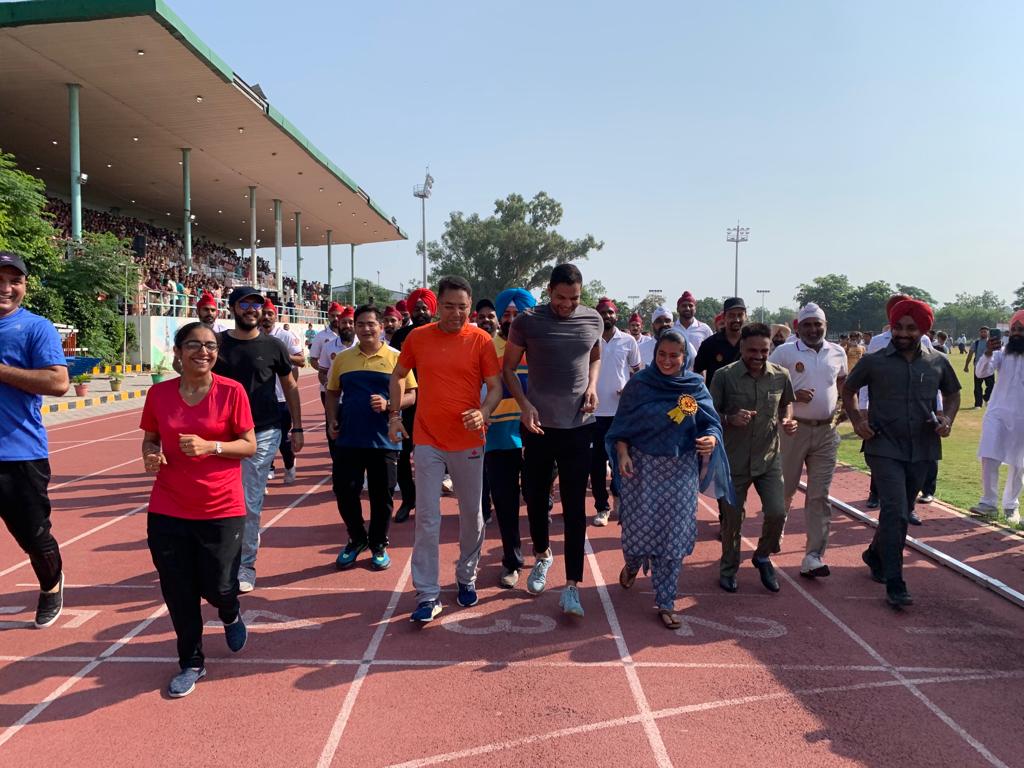 Punjab Chief Minister Bhagwant Mann has taken the noble initiative through ‘Khedan Watan Punjab Diyan’ to promote sports culture in every section of society in the state which was neglected by the previous regimes for the past several decades, expressed Aman Arora, Minister for Information and Public Relations, New & Renewable Energy Sources and Housing & Urban Development, after inaugurating a function organized for grand opening of ‘Khedan Watan Punjab Diyan’ at block level from War Heroes Stadium in Sangrur.

While addressing the sportspersons and residents of Sangrur during the event, Mr Aman Arora said that these games, which will last for about 2 months, to be organised from block-level sports competitions to the state-level event and Punjab government will also give prizes worth Rs.6 crore to the winners. He said that these games include traditional games of Punjab as well as the games played at the international level. With the help of these games, Punjab will get a new boost in the field of sports as the players will get an opportunity to hone their sporting skills. He said that after two months, when this sports extravaganza will end, there will definitely be a new enthusiasm and passion among the players, with which a large number of players from the state will record unique achievements at the national and international levels in future.

Aman Arora said that Sangrur district has done its best in every field and he was sure that the players of the district will be the foremost in the “Khedan Watan Punjab Diyan” too. He said that through these games, Punjab will get help in preparing sportspersons for international level events including Olympics. He assured the sportspersons that the Punjab government led by Chief Minister Bhagwant Mann was committed to provide all possible help to them apart from promoting sports.

In the event, students of Mata Raj Kaur Government Senior Secondary School performed yoga, while the spectacular performance of gymnastics and gatka made an impact on the minds of the audience. The performance of traditional folk dances Gidha and Bhangra also enthralled the audience.