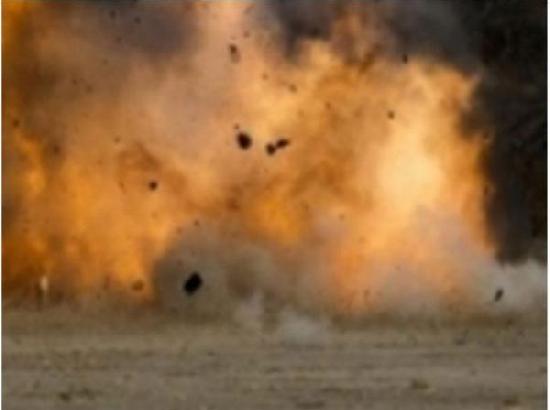 According to Omar Badri, a Talibani spokesperson, a mortar shell struck the Zazi district of Paktia province on Saturday, killing two children and injuring two others, reported Khaama Press.

The official said that the incident took place after the children threw an unexploded mortar shell into the fire for fun while playing. The injured were taken to the Gardiz district hospital for medical treatment, reported the media portal.

Due to the rising power of the Taliban in Afghanistan, Pakistani soil has witnessed a 51 per cent increase in the number of terrorist attacks in the last year, Islamabad-based think tank, Pak Institute of Peace Studies (PIPS) findings revealed on Wednesday.

As a result of the withdrawal of the US forces from Afghanistan in August last year, followed by Taliban capture, as many as 433 people were killed and 719 injured in 250 attacks in Pakistan till August 2022, Dawn reported citing the data published by the think tank.

“The mindless jubilation over Taliban victory is now turning into a rude shock because the evolving security situation under the erratic Taliban rule indicates Pakistan is about to face yet another ordeal viz-a-viz terrorism,” the think-tank said.

Quoting the United Nations High Commissioner for Refugees (UNHCR), the think tank reported that more than 300,000 Afghans have fled to Pakistan since the Taliban took control of Afghanistan.

In the latest findings, two papers were released which evaluated the withdrawal of US forces from the war-torn country and its impact on Pakistan in terms of terrorist violence as well as cross-border movements that are taking place due to the rise in terrorist activities in the region.

The data revealed that Pakistani authorities claim that about 60,000 to 70,000 Afghans entered Pakistan since August last year.

The Taliban’s takeover of Afghanistan, which was widely celebrated in Pakistan in August last year, has worsened the terror situation in the country.

In 2021, militants, mainly belonging to the Pakistani Taliban, killed 48 policemen and injured 44 others in the province of Khyber Pakhtunkhwa. Most of the violent incidents took place in the last few months of the year (after the Taliban takeover).

Despite repeated attempts, Pakistan has been unable to get firm guarantees from the Afghan Taliban that they would take action against the Pakistani Taliban operating in Afghanistan.

Taliban also refuses to accept the Durand Line as the boundary between the two countries.