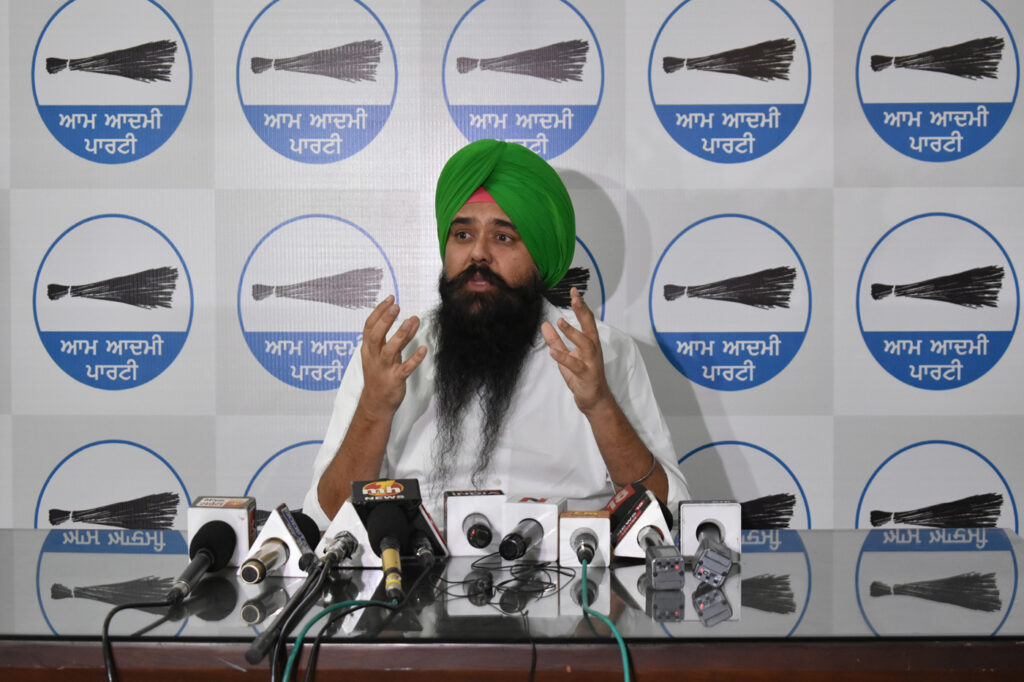 Aam Aadmi Party on Monday slammed former Punjab Chief Minister Captain Amarinder Singh for officially joining BJP today and accused him of sabotaging the interest of Punjab for his political career for decades.

Addressing a press conference here, party’s state chief spokesperson Malvinder Singh Kang said that it was an embarrassing state of affairs for Captain as BJP senior leaders including national president or union minister Amit Shah have not even preferred to join him formally, which usually hold such events even for small leaders.

“The BJP has shown the real place to Captain today again. BJP’s Narendra Tomar joined Captain, who advocated black three-farming bills and called Punjabis anti-nationals. It has exposed the real face of Captain that he has always been working against the interest of Punjab just the sake of power politics, ” Kang said.

Attacking BJP, Kang said that BJP is collecting ‘rubbish’ of Congress but it won’t help them or lead them anywhere in the Punjab. Kang said that Captain Amarinder has never worked for the welfare of Punjab but only pleased his political boss PM Narendra Modi even being Congress CM for his vested political interests and now he and his gang of thugs, former Congress leaders, joining the BJP.

Kang said that it is extremely condemnable that opposition leaders levels allegations against CM Mann even without verifying the facts.

“As now the Lufthansa Airlines has itself clarified that frivolous reports, Sukhbir Badal and Partap Bajwa should tender an public apology,” Kang said.

He said that in a reply to a user, Lufthansa Airlines clarified, “Our flight from Frankfurt to Delhi departed later than originally planned due to a delayed inbound flight and an aircraft change.”