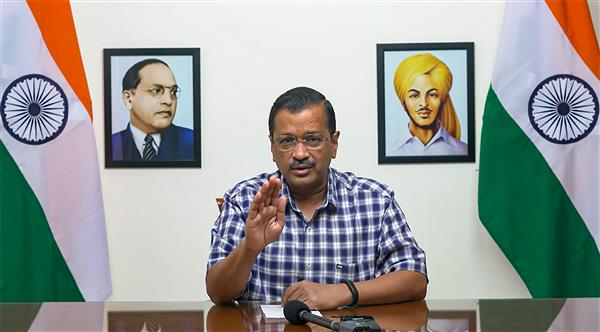 However, a police official refuted the claim and said when contacted, the AAP office-bearers did not give any details about who conducted the raid and what exactly happened.

Delhi Chief Minister Kejriwal landed in Ahmedabad on Sunday evening and he is scheduled to hold town hall meetings with auto-rickshaw drivers, businessmen, lawyers and sanitation workers on Monday and Tuesday.

Gadhvi, the AAP’s national joint general secretary, in a tweet late Sunday night said, “Local police raided the AAP office in Ahmedabad as soon as Arvind Kejriwal landed here. They left after searching the office for two hours as they found nothing.”

Tagging Gadhvi’s tweet, Kejriwal in a Twitter post said, “The ruling BJP has lost its senses due to the unprecedented support AAP is getting from the people of Gujarat. After Delhi, they have started raids in Gujarat too. But, just like Delhi, they have not found anything in Gujarat.” However, Navrangpura police station inspector P K Patel denied the claims saying no such raid was conducted.

“After learning about Gadhvi’s tweet about the raid, I personally visited the party office on Sunday night and sought details. But the party leaders present there, including one Yagnesh, did not give any details as to who came and what exactly happened as claimed by Gadhvi,” on Monday.