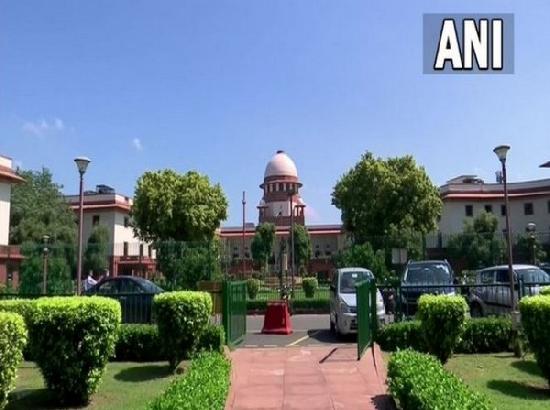 In a landmark moment in the history of the Indian judiciary, the Supreme Court on Tuesday live-streamed on YouTube its proceedings for the public to watch.

The proceedings were watched by more than eight lakh viewers. This step will go a long way in overcoming the barriers of distance and will provide citizens from every nook and corner of the country opportunity to watch the Supreme Court proceedings, said a statement issued by the Supreme Court.

It further stated that this is a humble beginning and the “attempts will now be made to live-stream proceedings in all important matters” until live-streaming of proceedings becomes the order of the day.
“Three Constitution Benches in Court nos. 1, 2 and 3 of the Supreme Court of India were sitting today simultaneously and the proceedings in these three Courts were being live streamed through YouTube and other T.V. Channels. Statistics show that more than eight lakh viewers watched the proceedings before the three Constitution Benches,” said the Supreme Court.

The decision to live stream the proceedings of the Constitution benches was taken by the Full Court on September 20, 2022 and soon thereafter trial runs were undertaken by the Registry.
The technical support teams ensured that the live streaming was without any obstruction or difficulty and was completely seamless, the statement added.

Last week Supreme Court decided to hold live streaming of all the Constitution bench hearings from September 27.
Today, three Constitution benches heard the cases relating to pleas challenging the Centre’s decision to grant a 10 per cent quota for the EWS category in admissions and jobs, the Maharashtra political crisis, and control of administrative services in Delhi.

Justice DY Chandrachud-led bench heard the petitions filed by both the Uddhav Thackeray-led camp and Eknath Shinde group on the issue of Maharashtra political crisis, and the plea of the Delhi government on the contentious issue of who should control administrative services in Delhi over the transfers and postings of officers in the national capital.

While a bench headed by Justice Sanjay Kishan Kaul heard the matter relating to the validity of the All India Bar Examination.
Yesterday, CJI said that the Supreme Court will have its own platform to live-stream its proceedings and the use of YouTube for the purpose is temporary.

“These are the initial stages. We will certainly have our own platforms… We will take care of that (copyright issue),” he said while a lawyer told the apex court that the copyright of the top court proceedings cannot be surrendered to private platforms like YouTube.
Currently, the Constitution bench of the Supreme Court has been hearing a number of cases including economically backward class reservation law, the religious practice of ex-communication in the Dawoodi Bohra community, Centre’s petition on additional compensation for victims of the 1984 Bhopal gas tragedy among others.

The cases that the five-judge Constitution bench will hear in near future include challenges to the Citizenship Amendment Act (CAA), abrogation of Article 370, Maharashtra political crisis etc.
Senior advocate Indira Jaising had also written to the CJI and other judges requesting the Supreme Court to begin live streaming of proceedings of matters of public and constitutional importance.
In 2018 the then CJI Dipak Misra-led three-judge bench had agreed to start a live telecast of proceedings in a phased manner.

For the first time, the Supreme Court in August live-streamed its proceedings through a government webcast portal of a ceremonial bench for while giving farewell to outgoing Chief Justice of India NV Ramana.