4 killed in violence on Assam-Meghalaya border over timber-smuggling 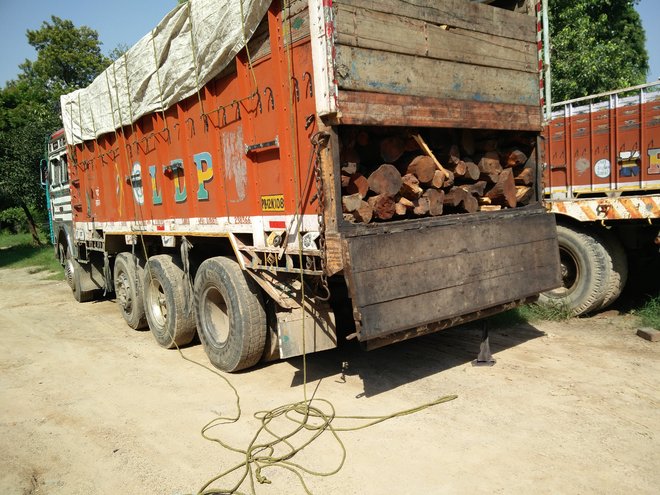 Four people, including a forest guard, were killed in violence at the Assam-Meghalaya border after the police intercepted a truck transporting illegal timber in the early hours of Tuesday, officials said.

The truck was intercepted on the Meghalaya border by an Assam Forest Department team at around 3am, West Karbi Anglong’s Superintendent of Police Imdad Ali told PTI.

As the truck tried to flee, the forest guards fired at it and punctured a tyre. The driver, a handyman and another person were apprehended, while others managed to escape, he said.

The forest guards informed the Zirikending police station and asked for reinforcements, he added.

As police reached there, a large number of people from Meghalaya armed with ‘dao’s (daggers) and other weapons gathered at the spot at around 5 am, the officer said.

As the mob gheraoed the forest guards and the police, demanding the immediate release of those arrested, the officers fired at them to bring the situation under control, he said.

“A forest home guard and three persons of the Khasi community were killed. The situation is under control,” the officer said.

However, it was not immediately clear how the forest guard, identified as Bidyasing Lekhte, was killed.

Ali said top officers of the district were on their way to the remote area.