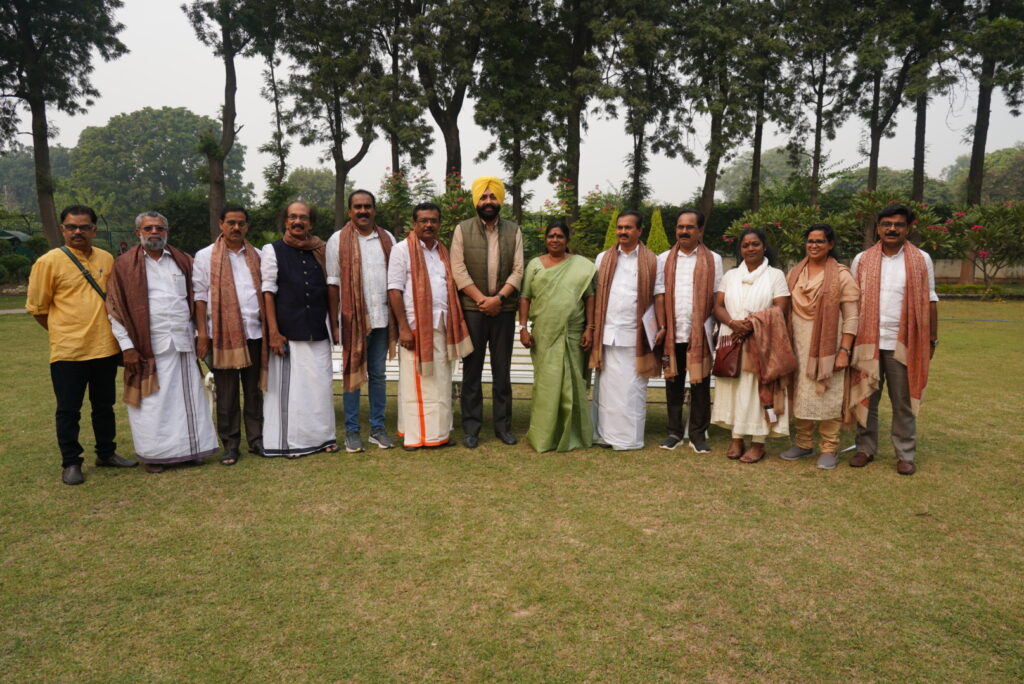 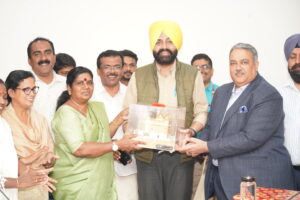 Punjab Animal Husbandry Minister Laljit Singh Bhullar today received a demand letter from his Kerala counterpart Mrs. J. Chinchurani, who was leading the 21-member delegation for enacting law to prepare a nutritious feed, infrastructure and suitable environment for livestock on the pattern of Punjab model.

Describing this initiative as a win-win situation for both the states, Cabinet Minister Laljit Singh Bhullar said that the Mann government is ready for all possible cooperation in this regard and further modalities will be explored in next due course to bring this proposed project to its logical end. 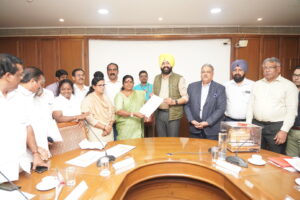 During the meeting at Punjab Bhawan, Chinchurani said that dairying is a prominent livelihood activity in Kerala and forms the primary source of income for lakhs of dairy farmers. The state of Kerala ranks second in milk production after the state of Punjab. She said that over the last few years, the high cost incurred by farmers in feeding the animals has adversely affected the economic viability of dairying. Kerala being a land-stressed and coastal state does not generate enough roughage which can be used as fodder for cattle, she added.

Chinchurani emphasised that “If the unused and unwanted paddy straw is transported to Kerala using the Kisan rail project as announced by the union government, it will benefit a large number of dairy farmers in our state.” 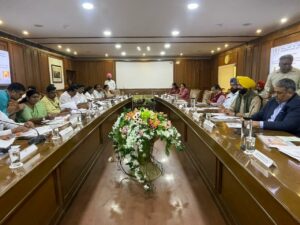 Cabinet Minister Laljit Singh Bhullar also apprised the “Select Committee on the Kerala Livestock and Poultry Feed and Mineral Mixture (Regulation of Manufacture and sale) Bill, 2022”, which is on study tour to Punjab that the state of Punjab contributes 1.31 percent to the national livestock population, while the milk production in the state is 6.70 percent of the national production. Punjab has the highest per capita milk and eggs yield in the country and the animal husbandry sector of Punjab is the major contributor of the State Agricultural GDP.

Principal Secretary Animal Husbandry Vikas Pratap highlighted veterinary hospitals and vaccine institutions in the state. He said that Punjab is having around 3,000 veterinary institutes catering to around 2400 animals per institute on an average and area of around 4.5 km radius.