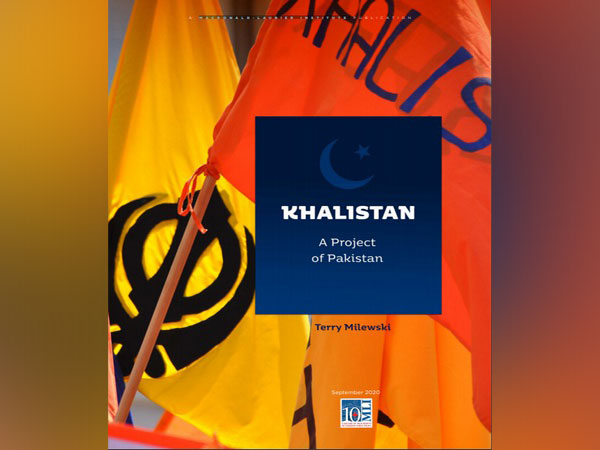 Ottawa [Canada], September 17 (ANI): Disgruntled by Canadian journalist and researcher Terry Milewski's report on Khalistani terror network and its connection with Pakistan, a pro-Khalistani group has issued a letter trying to discredit the article with the support of Pakistan intelligence agency ISI.
The letter addressed to the board of the Macdonald-Laurier Institute, which published the report, expressed concern with the manner in which the report casts wide aspersions on a "highly visible, racialized community, engaged in legitimate advocacy".
However, Milewski, the author of the report, pointed out that the letter thrashing the article fails to provide a single quote from it as evidence for their claims and the letter never disputes with the fact that Pakistan supports the Khalistan movement.
"...A letter from Sikh academics trashing this article fails to provide a single quote from it as evidence for their claims. They attack what it doesn't say but never dispute its point: Pakistan supports the Khalistan movement. So, thanks," Milewski tweeted.
It is pertinent to note that the website "www.sikhscholarsresponse.com" where the letter emerged was registered on September 15 and the letter was uploaded on it on the same day. The letter was signed by over 54 people. The website has only one web page in it and does not contain other content, links, or web pages except the letter, which has been published on its homepage.
According to reports, the letter was drafted by Harjeet Singh Grewal -- Instructor of Sikh Studies at Department of Classics and Religion, University of Calgary. Reportedly, he reached out to other dignitaries under the guidance of Pakistan intelligence agency ISI.
The letter has also been signed by pro-Khalistan Indra Prahst, who has strong connections with Pakistani Consulate in Vancouver.
Another person who signed the letter is Hafsa Kanjwal has pro-separatist sentiments and has been opposing India's position on Jammu and Kashmir and has been contributing to the anti-India advocacy campaigns of Pakistani mission.
The letter has asked MLI to "reevaluate your (MLI's) decision to publish such vitriolic content under your institute's name". The letter has further expressed, "we are concerned to read a report that contains a litany of conclusory statements and allegations without any substantiation".
Milewski's report released earlier this month titled "Khalistan: A project of Pakistan" researches the Khalistan movement and discovers its reality as a geopolitical project nurtured by Pakistan, threatening the national security of Canadians and Indians.
"This week, reports from India continue to demonstrate the threat that Pakistan-sponsored Khalistani terrorism poses", it said.
"It might seem surprising that 35 years after Khalistani extremists bombed Air India Flight 182, the deadliest attack on aviation before 9/11 that a new generation of violent extremists has now emerged in Canada and India", wrote Terry Milewski.
Given Pakistan's continued campaign of agitation, "It's clear who's really driving the Khalistan bus: Pakistan," writes Milewski. In truth, "the Khalistan movement has been going nowhere in the Sikhs' home state." (ANI)