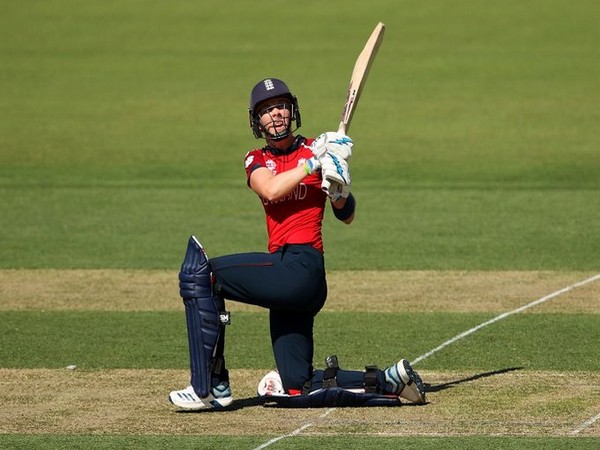 Derby [UK], September 20 (ANI): The upcoming T20Is between West Indies and England will become the first women's bilateral series to feature Decision Review System (DRS).
According to ESPNcricinfo report, the technology was available throughout the last two T20 World Cups, and in the ten televised games in the 50-over World Cup in 2017, but has never previously been used outside of them in women's international cricket.
Last summer, both teams in the women's Ashes called for DRS to be introduced in bilateral internationals after England batter Fran Wilson was incorrectly given out lbw in the first ODI, with replays showing that the ball had hit her glove rather than her pad, the report added.
"You always want the best as players, and DRS is the best. I'd imagine the reason, as usual in women's cricket, is money, as to why we don't have it," England captain Heather Knight said.
"I think potentially not having it affects the spectacle of the game. Sometimes decisions go your way and it's obviously the same for both sides but in an ideal world we would have DRS," she added.
Welcoming the decision, the Australia coach Matthew Mott said: "It makes sense to have it if the boards can."
"I must admit I think if you've got the technology there and you've got enough cameras, it should come in. It certainly makes sense for me to have it if we can," Mott said.
Under the ICC's playing conditions, the use of DRS in women's internationals is at the discretion of the participating boards, as is the case in men's internationals.
England's series against West Indies begins on Monday, with all five T20Is being played behind closed doors at Derby. Both sides will have two reviews available per innings, in all five matches. (ANI)