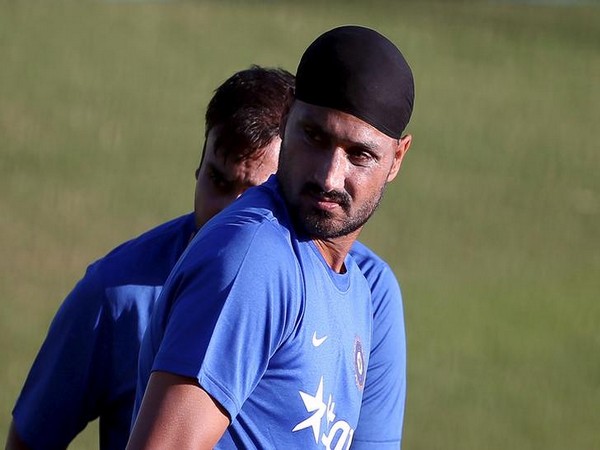 New Delhi [India], May 5 (ANI): Spinner Harbhajan Singh has said that he will never be able to forget the 2001 Test series against Australia.
The Indian spinner also said that series was kind of a do or die kind of situation in his career.
Harbhajan was doing an Instagram Live session with Ravichandran Ashwin and it was then that the latter asked Harbhajan to talk about the 2001 Test series against Australia.
In the 2001 series against Australia, India lost the first match at Mumbai, but then the side staged a remarkable comeback in the next two matches to win the series 2-1.
Harbhajan was named as the Player of the Series as he scalped 32 wickets.
"I will never be able to forget the 2001 series against Australia, it was a do or die kind of situation for me personally as I was out of the team, the Punjab Cricket Association also did not want to me play in Ranji Trophy, I also lost my dad, but in that series both John Wright and Dada were looking for a spinner as Anil Bhai was injured," Harbhajan told Ashwin during the Instagram Live session.
"I was lucky to have the support of few senior players, the management wanted someone who could bowl for long periods, there was a camp in Chennai and I was selected in the squad," he added.
The 2001 Eden Gardens Test is still viewed as one of the greatest Test victories for India as the side went on to win the match after being asked to follow on.
Talking about the game, Harbhajan said: "In the second game at the Eden Gardens, we were down in the series, Australia was looking to smash us, but that game no one can forget in India. I got a hat-trick in the first innings and got my first five-wicket haul, they were 280/8, we did not know that Gillespie could hang on with Steve Waugh. They took the score to 400 plus".
"Coming to our batting in the first innings, no one was looking to stay the crease and we were not there. But the partnership between VVS Laxman and Rahul Dravid in the second innings, it the best I have seen and it was incredible. In the second innings of Australia, we thought it will be a draw till the tea break on day five, but we went on win the match," he added.
In the Eden Gardens Test, India clinched a 171-run win over Australia and became the third team in the history of Test cricket to win a match after being forced to follow-on.Australia had made 445 in their first innings, courtesy Steve Waugh's brilliant hundred.
However, it was Indian spinner Harbhajan Singh who stole the show at Kolkata with his spectacular seven wickets, including the first hat-trick in India's Test history. In its first innings, India folded for 171 runs and were asked to follow-on by Australia.
The Sourav Ganguly-led side played cautiously in the second innings and lost three wickets for 115 runs. India lost Ganguly in the 67th over of the innings, with the side getting reduced to 232/4. Rahul Dravid joined VVS Laxman in the middle. The next 104 overs were a nightmare for the Aussies as the Indian duo stitched a 376-run stand to revive the innings and helped the team stage a dramatic comeback in the match.
Dravid scored 180 runs, while Laxman slammed 281, his highest score in Test cricket.India gave a target of 384 runs to Australia. However, the Waugh-led side were not able to achieve the target and bowled out for 212, handing India a massive win. Harbhajan was again the pick of the Indian bowlers as he scalped six wickets.
Laxman's stunning innings also halted Australia's record of 16 successive Test wins. (ANI)