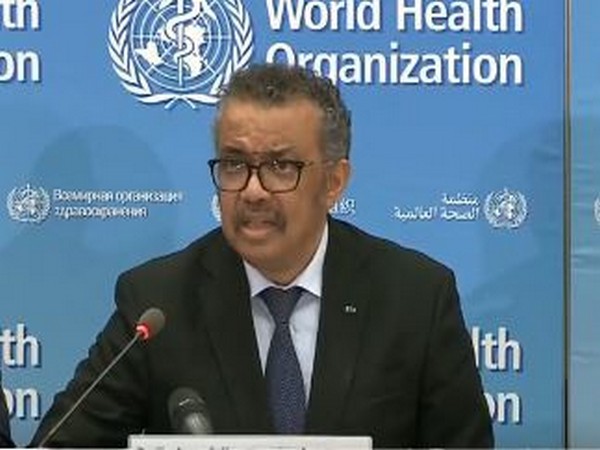 Geneva [Switzerland], October 6 (ANI/Sputnik): The World Health Organisation's (WHO) decision to appoint two co-chairs to the Independent Panel for Pandemic Preparedness and Response (IPPR) back in July was expedited in order to prevent delays, WHO Director-General Tedros Adhanom Ghebreyesus said on Tuesday, underscoring that the panel is independent and impartial.
In July, the WHO appointed former Liberian President and Nobel Laureate Ellen Johnson Sirleaf and former New Zealand Prime Minister Helen Clark as the two IPPR co-chairs. During the WHO Executive Board Special Session on Tuesday, Tedros stated that he chose the two co-chairs in order to allow the panel to begin work without delay.
"I appointed the two co-chairs, that's it, then empowered the two co-chairs to select the rest of the panel, as reported today -- that makes the panel really independent -- and also to hire their own secretariat and to avoid also any influence from any donor," Tedros remarked.
Despite his decision to select the two co-chairs, the director-general added that consultations were held with several of the WHO's member states ahead of their appointment.
"There were some concerns from a few member states ... about the selection of the two co-chairs, the first initial stage, especially with regard to consultation. One thing I'd like to share with you is there was consultation. But the consultation was not like with all 194 countries. It was random and limited ... Otherwise, selecting two people involving 194 countries could be very, very difficult. And we didn't want to delay the process also," Tedros stated.
The WHO announced the creation of the IPPR in July, in accordance with a resolution passed at the World Health Assembly two months prior. The panel has the stated aim of evaluating the global response to the COVID-19 pandemic. (ANI/Sputnik)