Skip to content
Home  »  World   »   WHO praises India’s response to ward off COVID-19, say $22.6 bn stimulus plan will benefit those who live on daily subsistence 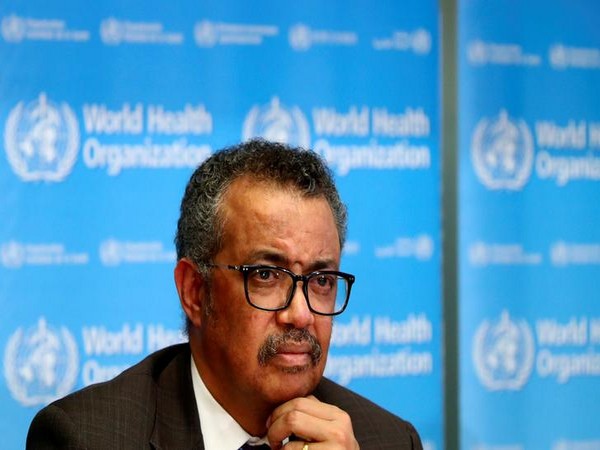 Geneva [Switzerland], April 2 (ANI): Praising India's efforts in combating Covid-19, the World Health Organisation (WHO) on Wednesday, said that the country's USD 22.6 billion economic stimulus plan will benefit millions of poor who have been affected by 21-day countrywide lockdown to curb the spread of coronavirus.
"What India is doing now, as I said in my statement, is very very important. During an economic shutdown, there will economic consequences on the country at large," WHO Director-General Tedros Adhanom Ghebreyesus at the organisation's headquarters in Geneva.
Noting that the lockdown has triggered supply constraints for essential items and panic buying, leaving the poor and daily labourers most vulnerable, Ghebreyesus also told reporters that India's USD 22.6 billion economic stimulus plan - announced two days after Prime Minister Narendra Modi announced the lockdown - will provide free food rations to at least 800 million disadvantaged people, cash transfers to 204 million poor women and free cooking gas for 80 million households for the next three months.
The government, under the scheme, aims to distribute 5kg of wheat or rice for each person free of cost every month, with 1kg of pulses for every low-income family, helping to feed about 800 million poor people over the next three months.
It also intends to hand out free cooking gas cylinders to 83 million poor families, a one-time cash transfer of USD 13.31 to 30 million senior citizens and USD 6.65 a month to about 200 million poor women for next three months.
"But more importantly, individuals who live on daily subsistence who give their labour for their daily bread have been affected the most due to the lockdown. And that's why India is taking measures like package which will cover few million individuals during the difficult times," the Director-General added.
"And that's the kind of support, we say, should be given," he stressed.
"Many developing countries will struggle to implement social welfare programmes of this nature," he said.
Ghebreyesus further urged that the people should not see from the public's part alone, instead, the consequences of these measures on the individual communities are an important factor.
"These measures are undertaken trying our best to support and protect our citizens. That is how we can get the best impact. But cooperation from our communities is also necessity at the same time," he stated.
The agency also appealed to consider the social and economic factors during shut down as many developing countries cannot really support their societies especially during lockdowns.
"For those countries, debt relief is essential to enable them to take care of their people and avoid economic collapse. This is a call from the WHO, the World Bank and IMF - debt relief for developing countries," he said.
But debt relief processes are lengthy, Tedros said.
"What we are proposing together with the World Bank and IMF is an expedited process to support countries so their economies will not be getting into crisis and their communities will not be really getting into crisis," he said.
The total number of coronavirus cases in India climbed to 1965 on Thursday after 131 people confirmed positive in the past 12 hours, said the Ministry of Health and Family Welfare.
Globally, more than 44,000 people have died, about 900,000 have been diagnosed with the virus, and some 190,000 have recovered, according to data collected by Johns Hopkins University. (ANI)