Skip to content
Home  »  Sports   »   What this team is achieving is extraordinary: Flick after Bayern Munich’s DFB-Pokal triumph 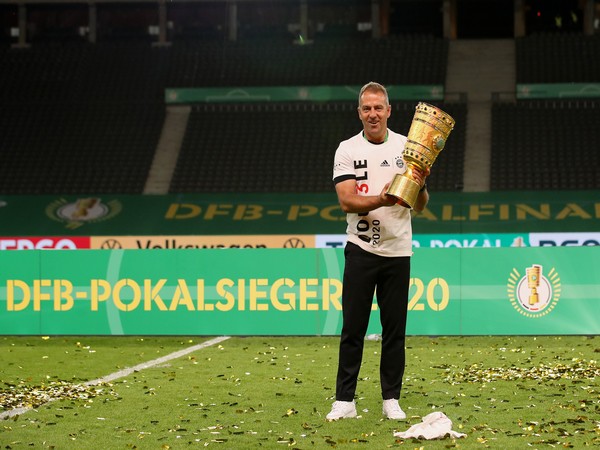 Berlin [Germany], July 5 (ANI): Bayern Munich manager Hansi Flick is beaming with joy after his side won the DFB-Pokal title and said that "what this team is achieving is extraordinary".
Bayern Munich lifted the DFB-Pokal trophy after defeating Bayer Leverkusen 4-2 in the final here on Saturday. With this victory, Bayern Munich celebrated their 20th DFB Cup triumph after sealing their 30th German championship title in June.
"We've very proud we've made it! The way the team played in the last few weeks was sensational, the attitude is just fantastic. It's nice to see the players believe in their own strength. We're just very happy," the club's official website quoted Flick as saying.
"What this team is achieving is extraordinary. In the second half, there were a few things we want to improve. But today the only thing that counts is the joy at the double. The players can wind down for a few days now, and then we'll prepare for the Champions League," he added.
Moreover, the 55-year-old head coach has now won the German double both as a player and as a coach. Previously, only Niko Kovac had succeeded in doing so - last year, also with Bayern Munich. (ANI)

One thought on “What this team is achieving is extraordinary: Flick after Bayern Munich’s DFB-Pokal triumph”