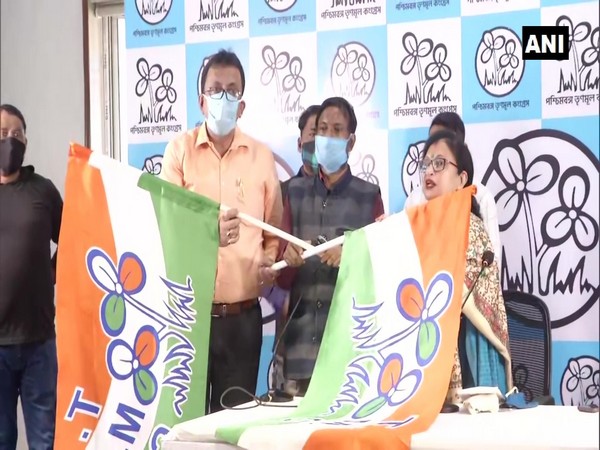 Kolkata (West Bengal) [India], January 9 (ANI): The All India Majlis-e-Ittehad-ul-Muslimeen's (AIMIM) West Bengal acting president Sheikh Abdul Kalam and several other AIMIM members joined the Trinamool Congress (TMC) on Saturday, ahead of Assembly elections in the state.
The leaders were inducted into the TMC in the presence of state minister Chandrima Bhattacharya.
Briefing the media, Bhattacharya said, "There two 'M's. One M (Prime Minister Narendra Modi) does not care about farmers while other M (Mamata Banerjee) works earnestly for farmers."
She cited the welfare work done by the West Bengal government for the farmers while accusing the Centre of making false promises.
Taking a jibe at BJP president JP Nadda who held a rally and roadshow in Purba Bardhaman, she said, "They (BJP leaders) are roaming in different places in the state but cannot find the time to meet farmers in the national capital. On the other hand, TMC MPs went to Delhi to meet agitating farmers. Chief Minister Mamata Banerjee spoke to them on the phone." (ANI)