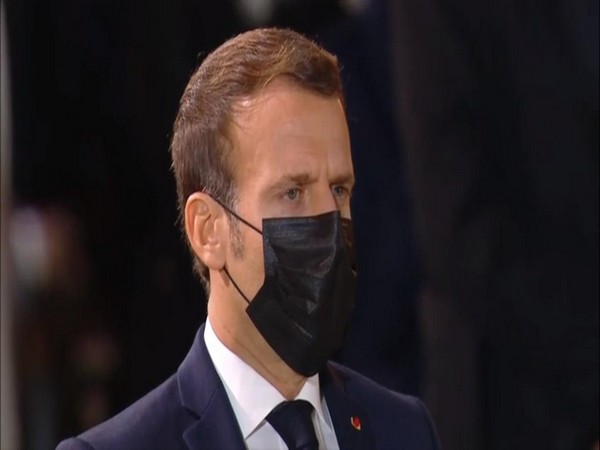 Vienna [Austria], November 3 (ANI): French President Emmanuel Macron on Monday (local time) expressed support for Austria amidst the ongoing "terror attack" in Vienna.
Macron wrote on Twitter: "We French share the shock and grief of the Austrian people struck this evening by an attack in the heart of their capital, Vienna. After France, a friendly country is attacked. This is our Europe. Our enemies must know who they are dealing with. We will not give up."
One person was killed and several people were seriously injured in multiple shootings Monday evening in central Vienna, the Vienna Police (LPD Wien) confirmed via its Twitter handle.
"A perpetrator was shot dead by the police, while a police officer is among the seriously injured," the LPD Wien wrote on Twitter.
There are six different shooting locations and the attackers used long guns, it added.
Terming it a "hideous terrorist attack", Austrian Chancellor Sebastian Kurz also condemned the shootings while thanking the emergency services who risked their lives to save people.
"We are currently going through difficult times in our republic. I would like to thank all the emergency services who risk their lives, especially today for our safety. Our police will take decisive action against the perpetrators of this hideous terrorist attack," he tweeted.
The local police also advised the public to stay indoors and refrain from using public transportation.
"Still active: Stay at home! If you're on the Streets, take shelter! Keep away from public places, don't use public Transportation!" the Vienna Police said.
The story is still developing and more information is awaited. (ANI)