Skip to content
Home  »  Sports   »   We haven’t done enough in past to address racism: Cummins 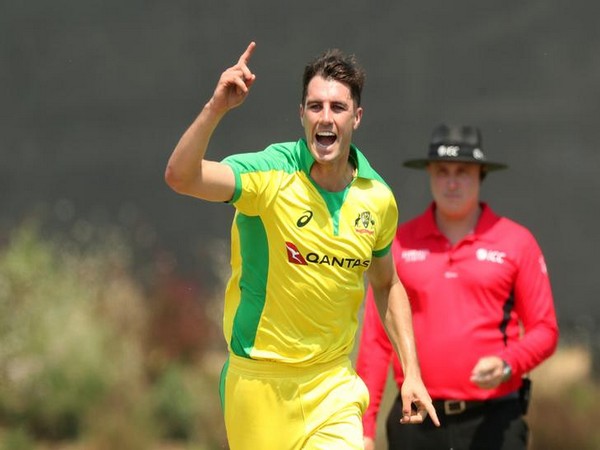 Sydney [Australia], November 16 (ANI): Australia men's team plans to form a Barefoot Circle in acknowledgement of Aboriginal Australian before every series it plays, starting with the ODI matches against India later this month, vice-captain Pat Cummins feels that the country lacks behind to address racism but added that they want to become better.
Barefoot Circle is a statement taken up by Australian cricket more broadly to connect with Aboriginal culture and the land on which matches are played, and has already been adopted by the national women's team, Women's Big Bash League (WBBL) clubs and more recently the state teams in the Sheffield Shield last week.
"We have decided to do the Barefoot Circle. We are going to look at doing it at the start of each series and it is a pretty easy decision for us. As soon as you try and learn a little bit about it, it just becomes a really easy decision. Not only as a sport but we as people are absolutely against racism. We can probably put our hands up and say we have not done enough in the past and we want to get better, so this is one small thing we are going to introduce this summer," ESPNcricinfo quoted Cummins as saying.
"In addition, we are going to try and do a lot of work on our education, we are going to try and learn as much about our history here in Australia, in particular, moving forward, and look forward to doing the Barefoot Circle. I thought NAIDOC week last week in the Sheffield Shield was quite a powerful opening day, and in the WBBL seeing lots of great acts there as well," he added.
Players will be free to make their own statements including taking a knee, the Barefoot Circle had been deemed the best way for the team to begin to acknowledge that in addressing racism.
"I think the most obvious one was in Australia; we think the most marginalised group is the First Nations people and Indigenous peoples, and we think the Barefoot Circle's a great way to celebrate them. Some people might want to take the knee, some people might want to show it in different ways, and absolutely we're all for that, but we've come together as a team and think this is the best way we can demonstrate anti-racism as well as celebrating Indigenous culture here," Cummins said.
"It's something we spoke about, empowering anyone to make a certain demonstration, whether it's taking a knee or whatever it is, we'll 100 per cent support them in that. I think it all boils down to the idea racism exists and we want to do our bit to help stop that and try to be better. I think everyone will do it in their own little way internally, but what we've spoken about is everyone's absolutely on board with the Barefoot Circle and I'm not sure anyone will take it any further than that," he added. (ANI)