Skip to content
Home  »  Sports   »   We have to respect High Court’s decision but will keep helping athletes: Kiren Rijiju on derecognition of 54 NSFs 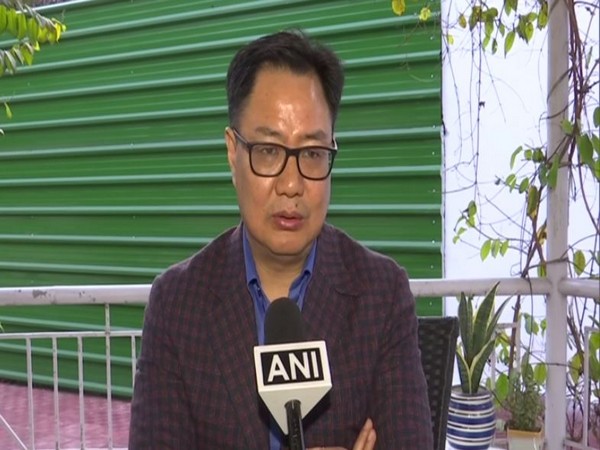 New Delhi [India], July 6 (ANI): With the Sports Ministry withdrawing provisional annual recognition granted to 54 National Sports Federations (NSFs) on the direction of the Delhi High Court, the Union Minister for Youth Affairs and Sports Kiren Rijiju on Monday said that the ministry will respect the court's decision but will keep helping the athletes.
Following a High Court order, the Sports Ministry withdrew the recognition of 54 NSFs, including the All India Football Federation (AIFF), Hockey India, and Athletics Federation of India.
"We cannot disrespect the decision of the court, we have to abide by the court's decision. But we will keep helping athletes. If NSFs didn't get the recognition then we have to give them other options because if there is no recognition, we cannot fund any of them. Sports federations can only get money when the government is giving them recognition," Rijiju told ANI.
The annual recognition makes NSFs eligible for government grants and assistance for training and competition.
Rijiju, recently, announced that the government is set to remove the salary cap of Rs 2 lakhs for Indian coaches training elite athletes. He also said the contract of all Indian coaches will be drawn up for four years, like foreign coaches, to ensure that elite athletes training under Indian coaches have continuity of coaching in one Olympic cycle.
Rijiju said the decisions will be beneficial as the country prepares for the next year's Tokyo Olympics.
"In sports, training is very critical. We have tried to give the best facilities to athletes and we have brought good coaches. Also, how to utilise these coaches and till what time they should be with us, in this regard, there was less clarity. So, that is why this decision has been taken because we wanted to give a longer time to our coaches. See, we have the Olympics next year and some of the coaches will leave in the next 2-3 months," he said.
"In that case, if there is a new coach he will start fresh training sessions. It is not beneficial for us and keeping in mind the 2021 Olympics, we have given this extension. The second decision was on Indian coaches, we have some coaches who can actually give world-class coaching but Rs 2,00,000 salary cap was not good. It's just like discrimination, we had put limitations. It's not good so that is why it has been removed," Rijiju added. (ANI)