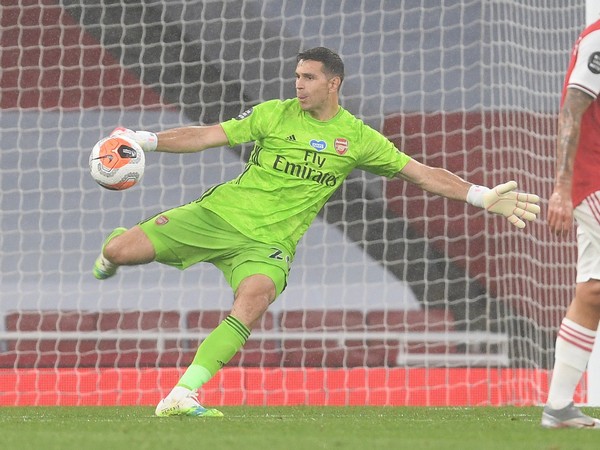 London [UK], July 8 (ANI): After being restricted to a 1-1 draw by Leicester City, Arsenal's Emiliano Martinez said his side "deserved to win".
"It was quite difficult to be honest, we were controlling the game in the first half and in the first 20 minutes of the second half. Going down to 10 men it was really difficult against a good side but we deserved to win to be honest," the club's official website quoted Martinez as saying.
Pierre-Emerick Aubameyang scored the opening goal of the match in the 21st minute, handing Arsenal a 1-0 lead. Arsenal managed to maintain the lead until the 84th minute of the match as Jamie Vardy's stunning goal ended Arsenal's hopes to secure their fifth straight win.
Arsenal are currently on the seventh spot on the Premier League table with 50 points. Martinez said reaching the Champions League places is the club's aim.
"It is massively important, I think that's our aim. Today our aim was to win to get up [towards] the Champions League [places] but obviously it was very hard and we went down to 10 men, but we need to be proud of ourselves, how we defended, and hopefully we get three points on Sunday,' he said.
Arsenal will next take on Tottenham on Sunday. (ANI)