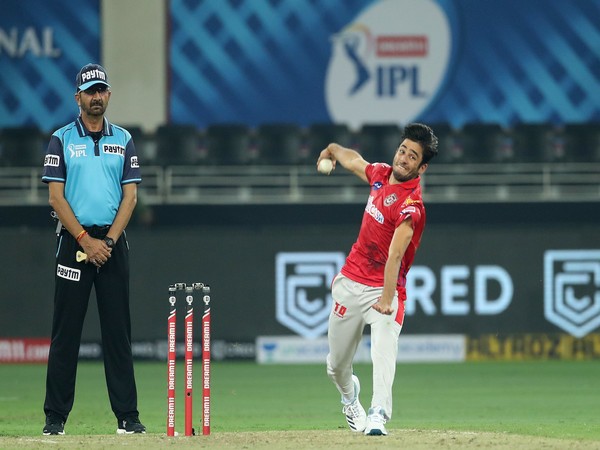 Dubai [UAE], September 21 (ANI): After making Indian Premier League (IPL) debut for Kings XI Punjab (KXIP) on Sunday, Ravi Bishnoi said he was more excited than nervous and was focused on performing well for the team.
"I was a bit nervous in the beginning, but it was more excitement than nervousness for me to make my debut. I just wanted to do well and help my team win," KXIP's official website quoted Bishoi as saying.
Bishnoi conceded 22 runs from his four overs and took one crucial wicket of Rishabh Pant in the match.
Reflecting on the sole wicket he clinched, Bishnoi said there was no set plan and he just "kept sticking to the basics".
"Bowling against Pant, there was no set plan or strategy in place, I just kept sticking to the basics, didn't try another out of the box. Just kept bowling how I normally would," he said.
Delhi Capitals secured a win against KXIP in the Super Over.
Delhi Capitals' Marcus Stoinis played brilliantly in the match, scoring 53 runs off just 21 balls. Both teams had scored 157 runs in the allotted 20 overs.
In the final over, KXIP needed 13 runs to win. Mayank Agarwal scored 12 runs off the first three balls but Stoinis made a stunning comeback. He bowled a dot ball before taking two wickets off the last two deliveries, taking the match into the Super Over. Agarwal was dismissed after scoring 89 runs off 60 balls. (ANI)